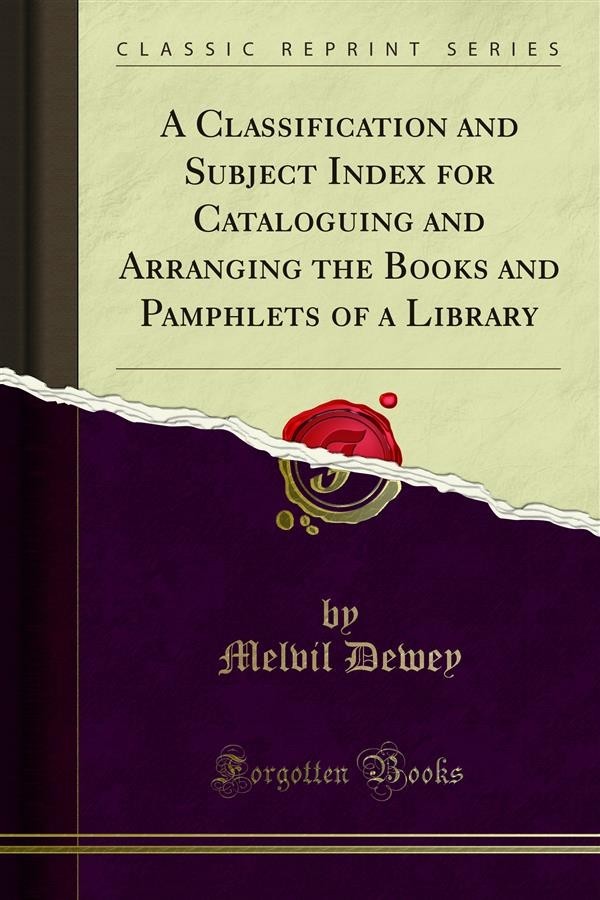 The plan of the following Classification and Index was developed early in 1873. It was the result of several months' study of library economy as found in some hundreds of books and pamphlets, and in over fifty personal visits to various American libraries. In this study, the author became convinced that the useful ness of these libraries might be greatly increased without additional expenditure. Three years practical use of the system here explained, leads him to believe that it will accomplish this result; for with its aid, the catalogues, shelf lists, indexes, and cross-references essential to this increased usefulness, can be made more economically than by any other method which he has been able to find. The system was devised for cataloguing and indexing purposes, but it was found on trial to be equally valuable for numbering and arranging books and pamphlets on the shelves.