A System of Natural Philosophy 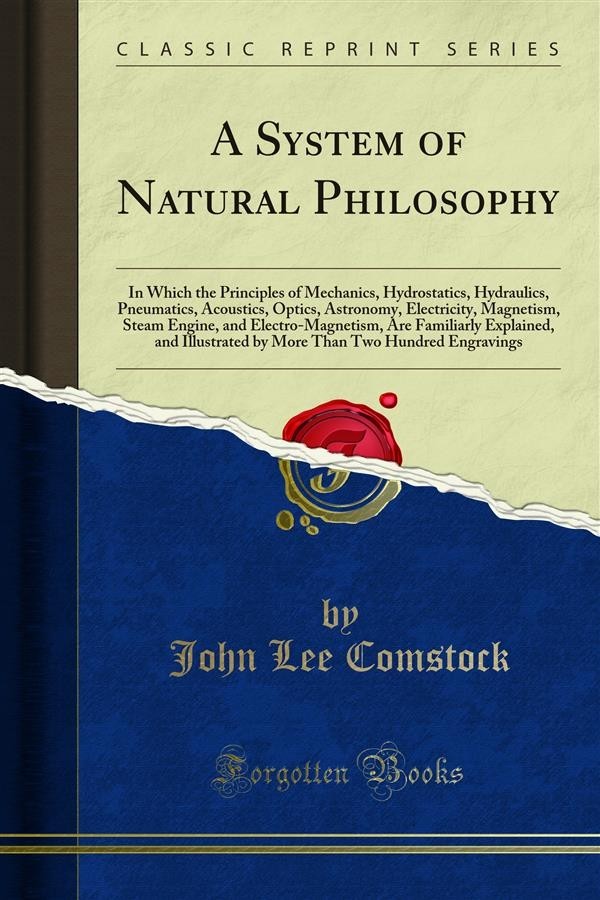 A System of Natural Philosophy

The necessity of reprinting the Author's Natural Philosophy, has given him an opportunity of reviewing and correcting the whole, and of making many changes, which could not have been done on stereotype plates. In addition to these corrections, he has added about forty pages of letterpress, and more than twenty new cuts, chieﬂy on the subjects of the Steam Engine and Electro Magnetism. Both these subjects the Author has taken great pains to explain and illustrate, in such a manner as to make them understood by the' pupil. The mechanical principles on which this engine acts, it will be allowed, have been comprehend ed only by a very few'; while the subject of electro magnetism has become exceedingly interesting, on account of recent attempts to make its force a motive power. The whole work has been newly stereotyped; and on all accounts, therefore, it is believed, will be much more acceptable to the public than formerly.