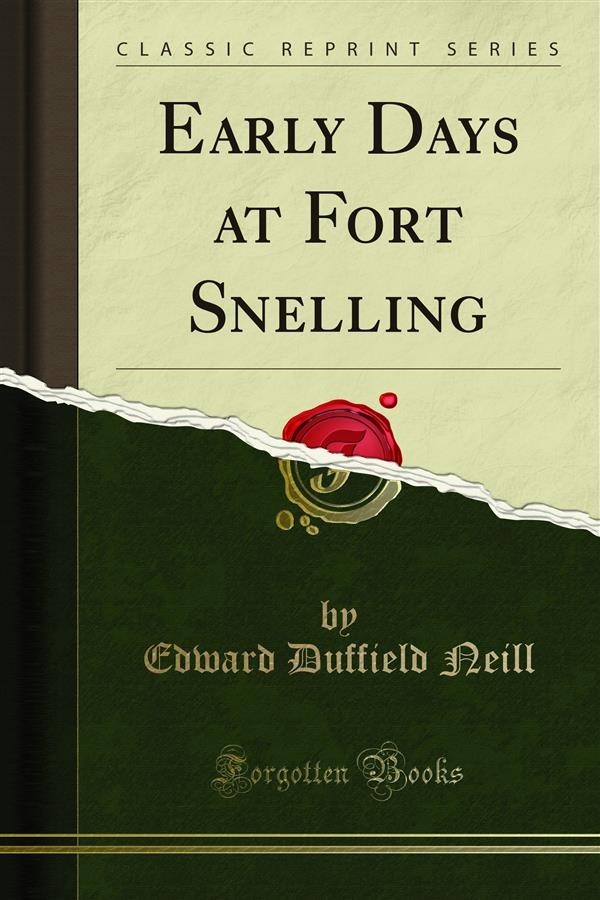 In 1823, news was brought by the traders that two white children were with a party of Sioux, on the St. Peter's. It appeared from what they could learn, that a family from Red River — Selkirk's settlement — had been on their way to the fort, when a war party of Sioux met them, murdered the parents and an infant, and made the boys prisoners. Col. Snelling sent an officer with a party of soldiers to rescue the children. After some delay in the ransom, they were finally brought. An old squaw, who had the youngest, was very unwilling to give him up, and indeed the child did not wish to leave her. The oldest, about eight years old, said his name was john tully, and his brother, five years old, abraham. His mother had an infant, but he saw the Indians dash its brains out against a tree, then killed his father and mother. Because he cried they took him by his hair, and cut a small piece from his head, which was a running sore when he was re-taken. Col. Snellincr took john into his family, Major clark the other, but he was afterwards sent to an orphan asylum in New York. The eldest died of lockjaw, occasioned by a cut in the ankle while using an axe. During this year, the commandant was visited by Gen scott and suit, and the fort was completed. Heretofore it had been called Fort St. Anthony, but Gen. Scott issued an order giving it the name of Fort Snelling. He expressed his approbation of the construction and site of the fort, etc., Spent a week with his friends, and visited the Falls and a chain of lakes where they were used to amuse themselves fishing, and where the water was so cleat they could see the fish playing about the hook. One of the lakes Mrs. Snelling named Scott Lake.