Reminiscences of the Family of Captain John Fowle, of Watertown, Massachusetts 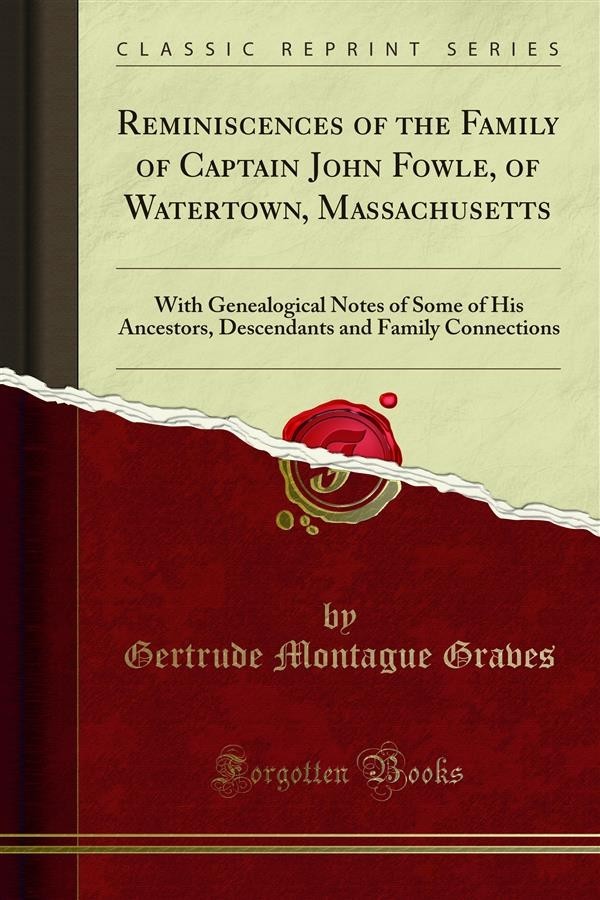 Reminiscences of the Family of Captain John Fowle, of Watertown, Massachusetts

They had eight children, and the daughters, three of them particularly, who inherited their beauty from both parents, would often attract much attention from passers by, as they were seated at the windows of their home in Watertown. Their father, to avoid this, would quietly steal outside the house and close the blinds! One of the maxims which Captain Fowle taught his sons, so strange in these days, but not uncommon then, was never to take the lie, decide it by sword or pistol. This may partially account for the fact that his youngest son Charles, who had entered the navy, fought a duel when he was only nineteen years old, which resulted in his death. Captain Fowle was a merchant, doing business both at home and abroad, but as he expressed it himself, he was fortunate by land and unfortunate by sea.