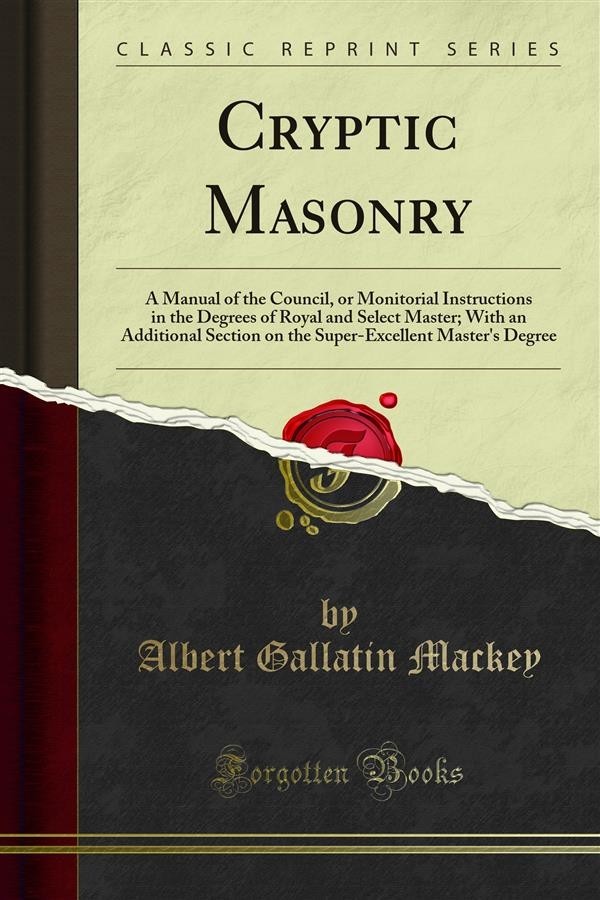 The American Rite, the name now very generally conceded to that series of degrees which are conferred in this country, is a modification of the English or Ancient York Rite, and consists, by the universal consent of all Masonic ritualists for more than half a century, of nine degrees, commencing with the Entered Apprentice, and terminating with the Select Master. To this series I desire to confine the Rite, and have no wish, as I have no authority, to extend it beyond the original number. The degree of super-excellent Master I therefore reject from the Rite, not because it is the recent invention of some prolific brain, for it is, at least, as old as some of the acknowledged degrees of the Rite — such, for instance, as that of Most Excellent Mas ter — but because neither Webb, nor Cole, nor Cross, nor any other more recent Masonic ritualist, has recognized it as constituting any part of the Rite. It has, on the contrary, until very recently, been always conferred as an honorary or detached degree, and as such it should be considered.