The Holy Father and the Living Christ 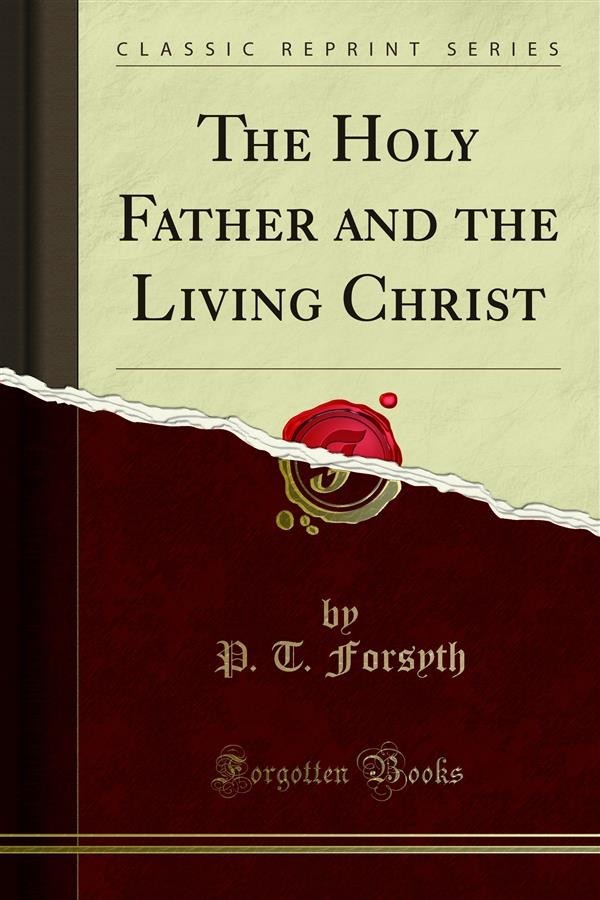 The Holy Father and the Living Christ

The ethical standard is becoming supreme withus to-day, not only in condust, but also in theo logy. We may welcome the change. It carries us farther — to a standard truly spiritual. It plants us on God's holiness as His perfec't nature, His eter nal spirit, His ruling self and moving centre. We have been over-engrossed with a mere distributive equity, which has made God the Lord Chief Just ice of the world. Or we have recoiled from that to a love slack and over-sweet. But this lifts us up to a more spiritual and personal standard, to the Fatherly holiness whose satisfaction in a Holy Son is the great work and true soul of Godhead. The divine Father is the holy. And the 'holy Father's first care is holiness. The first charge on a Redeemer is satisfadtion to that holiness. The Holy Father is one who does and must atone. Atonement wears a new glory when read in Christ's own light. We see it ﬂowing in grief from that very holiness of the Father to which it returns in praise. As Holy Father He is the eternal Father and maker of sacrifice no less than of man. He offers a sacrifice rent from His own heart. It is made to Him by no third party (for who hath first given unto but by Himself in His Son; and it is made to no foreign power, but to His own holy nature and law. Fatherhood is not bought from holiness by any cross; it is holiness itself that pays. It is love that expiates. Do not say, 'god is love. Why atone?' The New Testament says, 'god has atoned. What love!' The ruling passion of the Saviour's holy God is this passion to atone and to redeem. All this and more is in that Holy Father,which is the last word in the naming of God. The Church of to-day has gained greatly in its sense of the love of God. There are Still greater things wait ing when she has moved on as far again, to that. Holiness whose outward movement is love, which love is but the passion to impart. You can go behind love to holiness, but behind holiness you cannot go. It is the true consuming fire. Any real belief in the Incarnation is a belief in the ultimacy, centrality, and supremacy of holiness for God and for man. We may come to holiness by way of love, but we only come to love by reason of holi ness. We may be all aglow for the coming of the kingdom, but there is a prior petition. It is the kingdom's one condition, Hallowed be Thy Name. That hallowing was done in Christ's death which founded the kingdom. We are in some danger of inverting the order of these prayers to-day. Thy kingdom come is not the first petition. The kingdom comes from the satis faction of holiness. It does not make it. God is Love is not the whole gospel. Love is not evan gelical till it has dealt with holy law. In the midst of the rainbow is a throne. There is a kind of consecration which would live close to the Father, but it does not always take seriously enough the holiness which makes the fatherhood of the cross — awful, inexhaustible, and eternal, as full of judg ment as of salvation.