A Hand-Book for Travellers in Central Italy 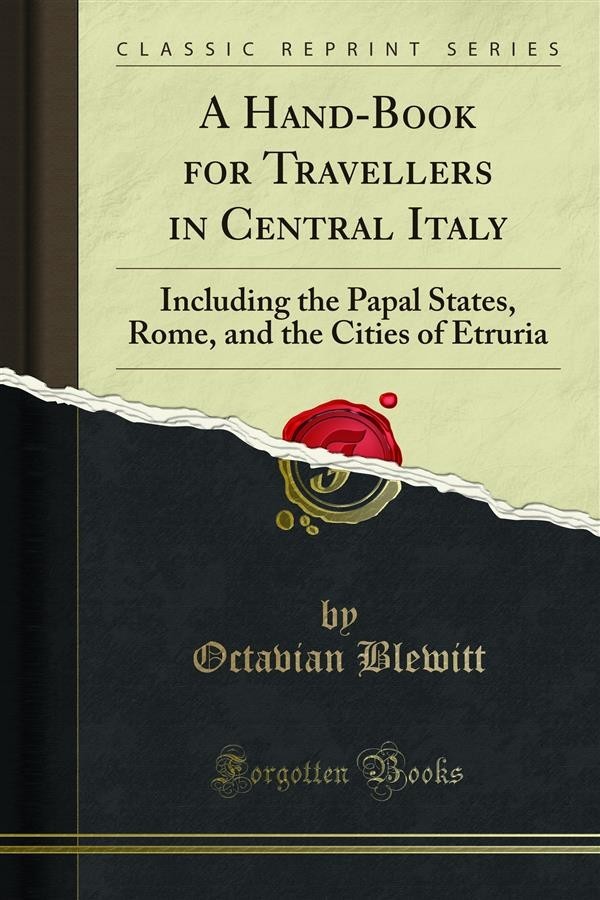 A Hand-Book for Travellers in Central Italy

The Papal States are bounded on the north by the lombardo-venetian kingdom, on the east by the Adriatic, on the south-east by Naples, on the south-west by the Mediterranean, and on the west by Tuscany and Modena. The superficial area, according to Boscowich, is Roman square miles: other authorities com ute it as or Italian square miles, of 60 to a degree, and it as recently been estimated by government surveys at Italian square miles. The papulation in 1826, by the government returns, was in 1833 the Raccolta gave a population of showing an increase in the seven years of being at the rate of per annum. At this rate of increase the population in 1847 was giving to the superficial area of miles a ratio of rather less than 240 souls for every square mile. It is calculated, however, that only a third part of the surface is cultivated, and a considerable portion of the country is very thinly inhabited. Of its numerous rivers, the Tiber only is navigable: on the coast of the Adriatic, the Tronto and the Me tauro are the most important, and the months of a few others serve as harbours for the light fishing craft of the gulf. The two great ports are Civita Vecchia and Ancona; the ancient harbours of Terracina and Porto d'anzo have been rendered useless to vessels of large burden, by immense deposits of sand. The principal lakes are those of Thra slmene or Perugia, Bolscna, and Bracciano.