The Genuine Works of Hippocrates 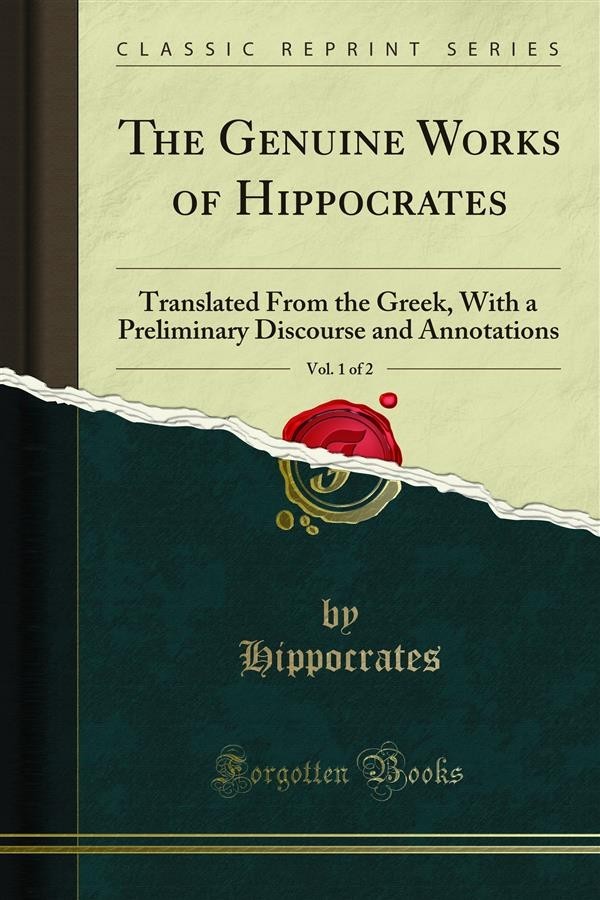 The Genuine Works of Hippocrates

That I have imposed upon myself a very serious additional task, by engaging not only to give a true version of the language of my author, but also to expound his opinions, and place them, so to speak, in juxtaposition with those of the pre sent age, will be readily admitted'; and I have reason perhaps to apprehend, that I have thereby exposed myself to the strictures of a certain class of critics, who have formed to themselves a very different ideal of the duties of a translator, fancying that he ought merely to concern himself with the words of the original author, and not venture to sit in judgment on the doc trines. I shall not attempt, however, any formal defence of the method which I have pursued, but may be allowed to remark, that, if I shall be found to have failed in satisfying the reasonable expectations of such readers as are sincerely desirous of becoming familiarly acquainted with the Opinions of an author, whom I verily believe to be the highest exemplar of professional excellence which the world has ever seen, it is not from want of zeal in the discharge of the arduous duties which I had undertaken.