The Complete Concordance to Shakspere 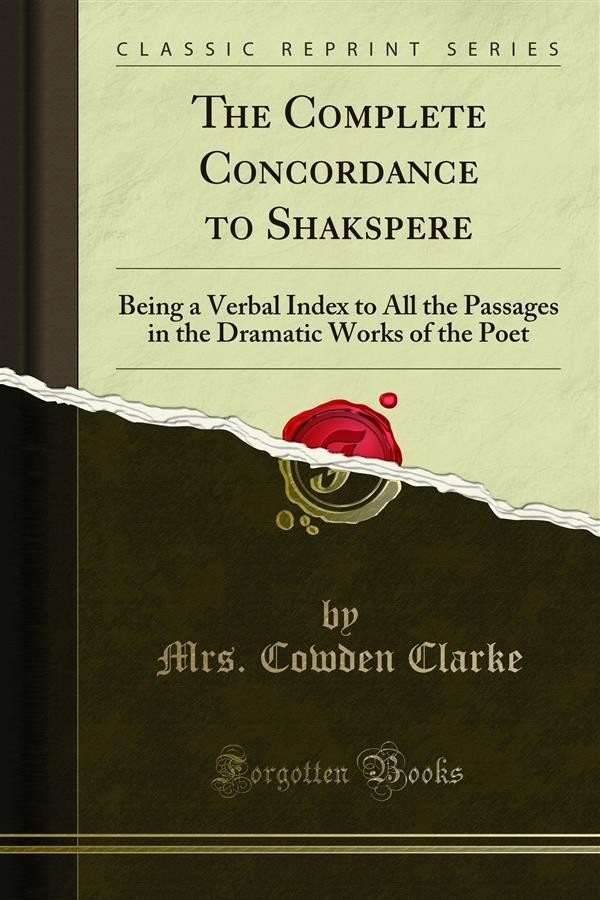 The Complete Concordance to Shakspere

The appearance of a Preface with the concluding number of a periodically published work, though it possesses the advantage of affording an. Opportunity of commenting upon any thing that may have occurred in the course of printing; yet on the other hand, it involves a degree of disadvantage to the author, more especially in the present case, where there was judgment to be exercised in the admission or omission of certain words, and the right of that judgment to be vindicated and explained. The apparent inconsistency of omitting particular words when used in one sense, while they were retained in other instances, could only be accounted for by that discretionary power, which the author must claim in the Preface; where good and sufficient reason could be advanced why that power was not merely exercised for the sake of condensation, but likewise for perspicuity, and the especial benefit. Of the quoter. For instance, it might at first excite surprise to find so few examples of the word let; but by omitting it as an auxiliary verb (where the simple fact of its being universally joined to another verb of more importance, renders it less likely to suggest itself as a means of reference, as let me remember thee What thou hast and retaining it merely in its more singular sense, the space gained is the enormous difference between 17 lines and 2184, or six printed pages of three columns each; while at the. Same time the few important instances in which the word occurs are thus rendered far more clearly apparent and. Easy of reference. This was felt to be so valuable an arrangement, that, even during the course of printing, several thousand lines of ms. Were cancelled — thus: well, omitted as an adverb, saves about 1550 lines, and leaves clearer the word as a noun, and where it indicates health; it is also. Retained-where a pun is involved, as would not this ill do well 9.