A Topographical Dictionary of Wales 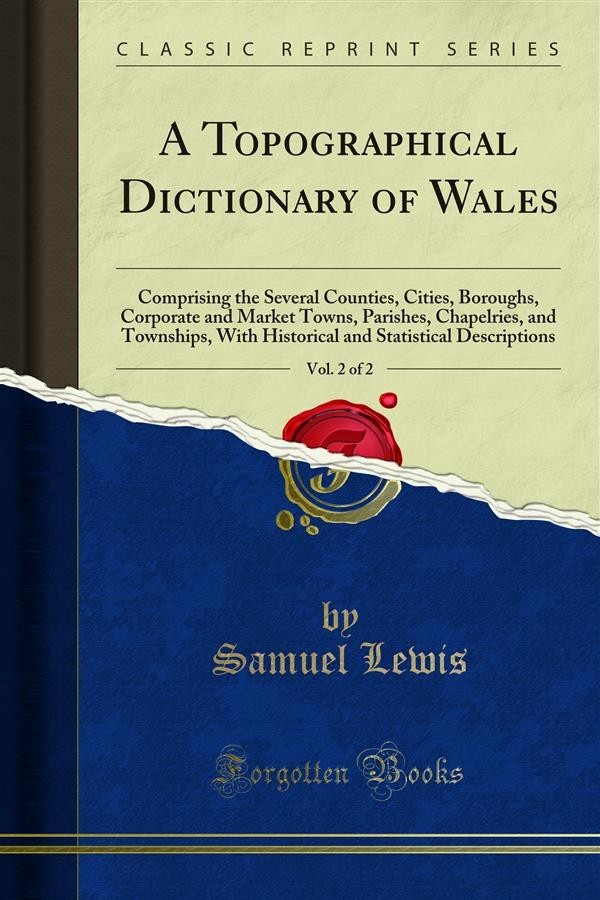 A Topographical Dictionary of Wales

Laleston, a parish in the hundred of new castle, county of glamorgan, south wales, 1% mile (w.) from Bridgend, comprising the Upper and Lower hamlets, each of which maintains its own poor, and containing 442 inhabitants, of which number, Q04 are in the Upper, and 238 in the Lower, hamlet. This parish derives its name from Lalys, a native of Palestine, and 'an eminent architect, whom Richard de Granville brought over with him on his return from the Holy Land, and employed to build the abbey of Neath in this county. As a reward for the ability which he displayed in the erection of that magnificent structure, Richard bestowed on him this manor, to which he gave his name, and on which he resided, until, after erecting several churches and castles in the principality, he was appointed architect to Henry I., and removed to Lon don. The village bears every appearance of antiquity; 'the windows of the houses are square, and the door ways arched with stone. Near the church is a hand some house, the property and residence of John Bennet,: Esq. In the upper division of the parish are extensive collieries, belonging to Messrs. Jenkins and Lewis, which are in full operation. Iron-ore also abounds, but, from the present depressed state of the trade in that metal, it is not worked to any great extent. A fair for cattle is annually held in the village on the second Monday in March. The living is consolidated 'with the Vicarage of Newcastle, in the archdeaconry and diocese of Llandaf. The church, dedicated to St. Illtyd, is a spacious and venerable structure, the tower of which was built by Lalys, the celebrated architect above-named. There is a place of worship for Cal vinistic Methodists. Thomas Bennet, of Laleston House, Esq., in 1762, bequeathed the sum of £52. The interest of which is distributed annually among the poor not receiving parochial relief 5 and £600, to be appropriated in equal portions to the repairing and beautifying of the churches of Laleston, Newton, and Pyle, which was carried into eﬂ'ect by his executors. The average annual expenditure for the support of the poor amounts to 181. 15.