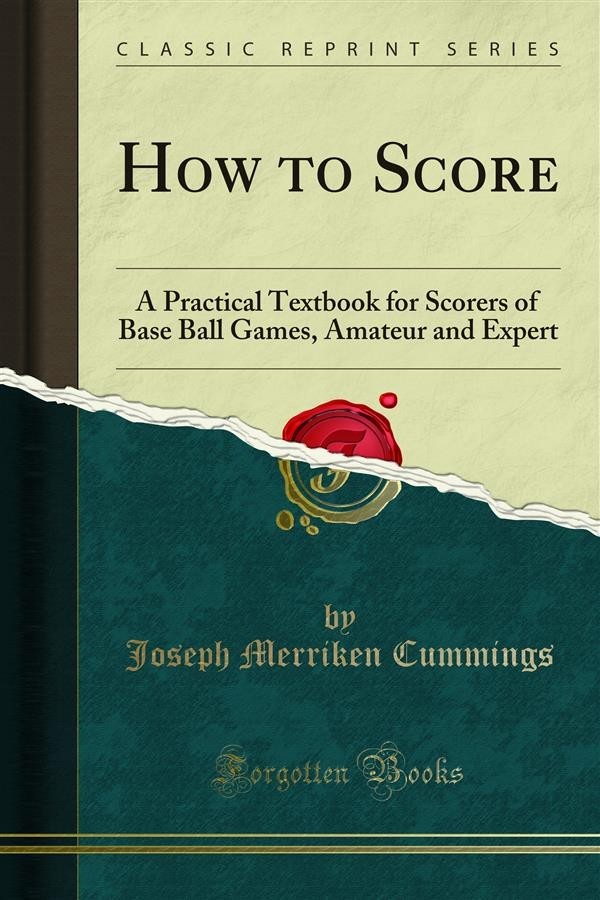 For many years base ball has felt the need of more uniform scoring by the hundreds of official scorers attached to the clubs of organized base ball scattered throughout the country. The scoring rules, as promulgated from year to year by the Rules Committee of the major leagues, while ample for the ex pert's guidance, leave too much to be interpreted by the beginner. Dropping from consideration the beginner's inexperience and his inability to obtain more definite written instruction on many obscure details of his art, from the mere standpoint of many men, many minds, the result has been that even so-called correct scoring has shown a great range of latitude, according as the scorer has interpreted the instructions at his disposal strictly, liberally, or has endeavored to maintain the happy mean between the two styles. The consequence has been that one of the main objects for which scoring is designed — to_ show the comparative ability of players throughout a season — has been largely defeated because all scorers have not acted in unison, forming their opinions from some fixed, acknowledged standard.