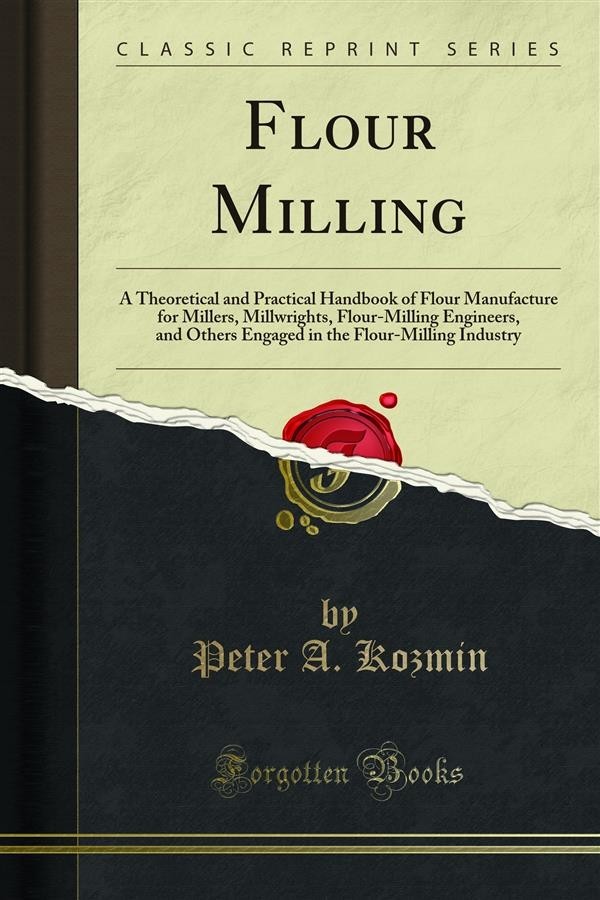 The want of serious scientific literature on ﬂour milling is noticeable even in the German language, in which dialect during all the time which has elapsed since the appearance of Professor Kick's book not one objective scientific work has been published. As a characteristic feature of the German literature of the last few years (baumgartner — 1902, Baum gartner and Graf — l 90 4, Baumgartner — l 90 7, Pappenheim — l 903, Ketten bach one may point out the absence of descriptions of English and American machinery. I refrain from judging whether this is a result of the Germans not being acquainted with the machinery of English and American manufacture, or whether it is to be ascribed to the peculiar German patriotism in science. Be this as it may, the German authors do not give a broad scientific technical statement to their readers when they omit to mention English and American machinery. Having been for twenty years engaged in this industry as a theoretical and practical worker, and having studied the technology of milling in Russia, Germany, Austria, Hungary, France, Belgium, England, and the United States, I made up my mind to write a book on this subject, keeping to the most scientific basis. The object I had in view was to produce a practical and theoretical text-book for operative millers and for milling engineers, who have to construct ﬂour mills and to design ﬂour milling machinery.