Anatomical Observations on the Brain and Several Sense-Organs of the Blind Deaf-Mute, Laura Dewey Bridgman 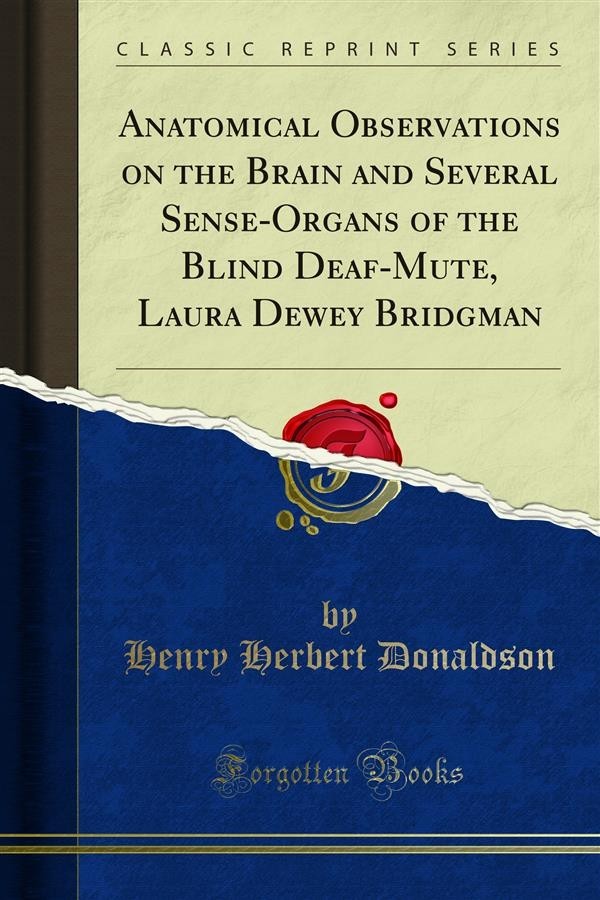 Anatomical Observations on the Brain and Several Sense-Organs of the Blind Deaf-Mute, Laura Dewey Bridgman

Dirt or a rent in her clothing caused her shame. She was familiar with those of her own sex, but distant to men, and was remarkable for her sense of order, neatness and propriety. She seemed capable of discovering the intellectual capacity of those with whom she was thrown, and quickly chose the more intelligent for her companions. Occasionally, too much attention to other scholars, in her presence, aroused jealousy on her part. She cried only from grief, and the pain from a bodily injury she sought to annul by jumping and excessive muscular motions. So far as could be learned, she did not dream in the terms of her lost senses, and this is what might be expected, since they were lost at so early an age(3). She made a number of noises. Francis Lieber studied these with some care, with a view to their bearing on the origin of language(4). It appears that Laura had some fifty or more sounds by which she was accustomed to designate people whom she knew. They were all monosyllabic. Besides this she laughed much and loud, was noisy at play, and occasionally made other emotional noises which were suppressed by her teachers. In this respect she was similar to most mutes, so-called, who appear to have a variety of sounds at their command.