The Curwens of Workington Hall and Kindred Families 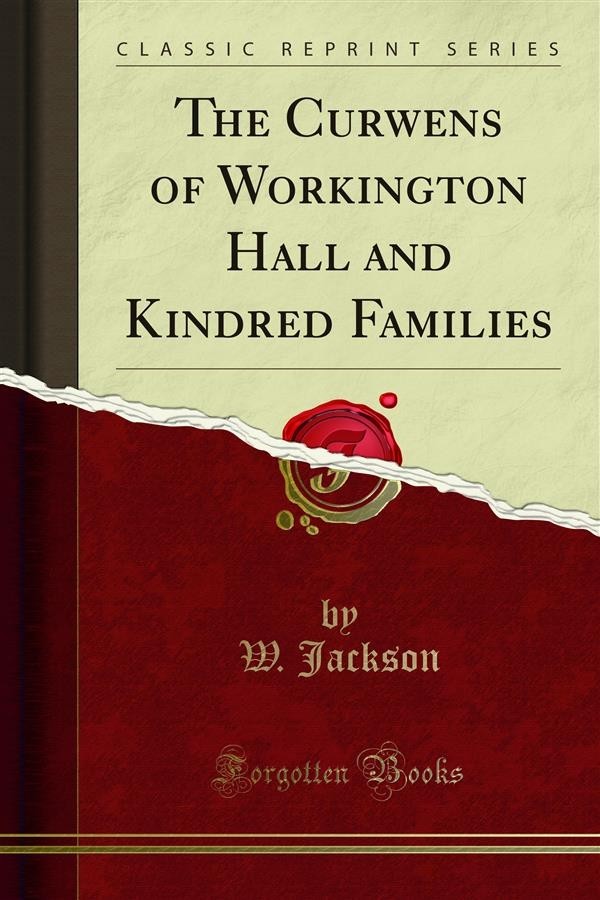 The Curwens of Workington Hall and Kindred Families

Kings and Princes need not regret the severance from their line of one who, foreign to the soil and hateful to their blood, has been selected by two novelists as the very type of the Norman Oppressor. Craik, in his Camp of Re fuge, and Kingsley, in his more popular Hereward, the Saxon, have both chosen Ivo as the impersonation of the Norman plunderer, as contrasted with Hereward, the per haps somewhat idealised type of the struggling Saxon. But, again, why glory in descent from one whose ancestor must have been, if not a drawer of water, at any rate, Taille bois, a hewer of wood. Dismissing Ivo, we arrive on more stable ground from which to commence the male line of the family; but of Eldred we know nothing more than that he was the father of Ketel, and that they were in succession holders of lands in that Barony of Kendal of which Ivo de Talboys had been lord, but which part of the succession Lucia, his daughter, had surrendered to the Crown when Ranulph obtained the Earldom of Chester. For a time the two fieffs were held under the King, but finally a certain William de Lancaster, of whose paternity as little is known as of that of Eldred, was enfeoffed of the Barony, and from that time the succession of the Barons of Kendal was as the county historians show.