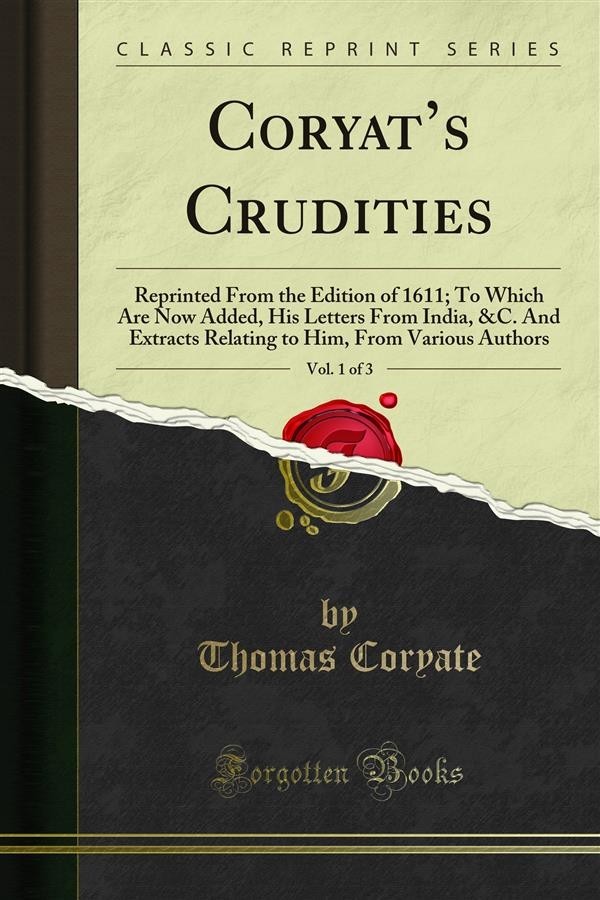 Parts of the Globe, but his dying in India prevented it. Several Perfons have wrote concerning him, each of whom has given fome Account of his Travels and many Letters of his own Writing, from India and other Places, have likewife made their Appearance But as all the d1fi'erent Publications concerning Cory, are very rarely (if at all) poll'efi'ed by one Perfon it was imagined, that if every Thing material relating to him were extraéted from the different Authors, and fubjoined to his Crudities, it would be a very accepta ble Prefent to the public.-this is done in the prefent Work, in which nothing of Confequence, that could be procured, is omitted.