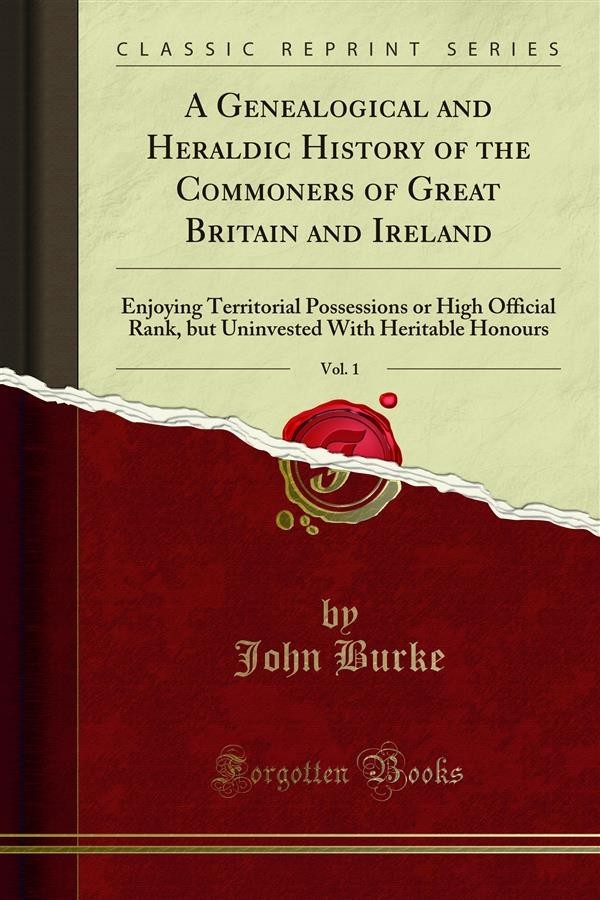 The First Volume of this Work is now completed, and an opinion may be formed of a project, which was deemed at its announcement so beset by difficulties, as to hold out little hope of a successful issue. Those difficulties have however passed away — the completion of the first volume is accomplished, and nothing formidable remains to impede the progress of the second. In these pages will be found the lineage of nearly four hundred families, enjoying nu the aggregate probably a revenue of two millions sterling, and deriving, many of them, their territorial possessions from william or normandy; invested however with no exclusive rank — designated by no exclusive title — and born to no exclusive privilege. To this grade in her social system her independent country gentlemen — England is mainly indebted for her greatness abroad, and her prosperity at home. In this — and her free insti tutions, she differs from every other country in Europe. It was the Author's intention to acknowledge his obligations to his principal correspondents individually; but, on referring to the list, he finds it so extensive, that it would be entirely out of place to present such a catalogue here. He begs of them, nevertheless, to be assured that he entertains the strongest sense of the great and valuable assistance he has received. Indeed he is con vinced that, could he adhere to his original determination, he should by simply so doing propitiate a more than ordinary degree of favor. He cannot, how ever, forbear recording the debt he owes to Sir David William Smith, bart. Of Alnwick; to William Henry Allan, esq. Of Durham; to Michael Jones.