Uni. Of Agriculture and Applied Science 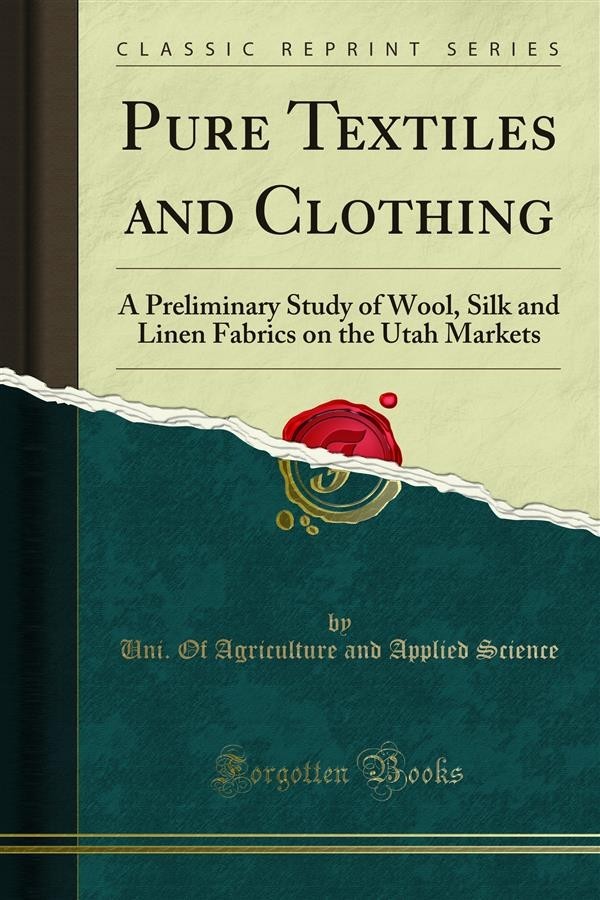 Uni. Of Agriculture and Applied Science

Modern industrial development has rendered necessary a division of labor that makes it impossible for each family to produce its own food or manufacture its own clothing. We are therefore dependent upon others for these things. This dependent position has placed us more or less at the mercy of the manufacturer, who in turn has been forced by popular demands for cheaper goods to incorporate in his prod ucts adulterants and raw material of inferior quality. Several years ago the fact was revealed to the people, chiefly through the labors of Harvey W. Wiley, that foods were being adulter ated. Goods of inferior quality were canned in unsanitary fac tories and the decay of the unsavory preparation prevented only by the addition of poisonous preservatives. Peas were made to present a fresh green color by the addition of blue vitriol, a poisonous salt. Olive oil, so labeled, proved to be cottonseed oil or peanut oil. Meats that otherwise would decay appeared fresh indefinitely under the germicidal influence of sodium benzoate. In a thousand ways. Unscrupulous manufacturers ex ploited an innocent public. But these conditions are changed. When the people were made aware of these dangerous and fraudulent practices they were not slow to enact laws to over come the evil. In consequence, we have the pure food and drug laws that make necessary the accurate labeling of all preparations sold for food or medicine. We may still buy oleomargarine, or we may buy butter if we prefer it. But we are no longer in any great danger of getting a package of oleomargarine labeled butter when the latter is ordered from the grocer. We may still buy peas made green with copper sulphate, but the fact that a poison has been used to produce the effect must be on the label on the can, or the factory is liable to prosecution for a criminal act. In other words, the food and drug act has placed upon the manufacturer the responsibility of truthfully advertis ing his goods.