Coins of the Roman Republic in the British Museum 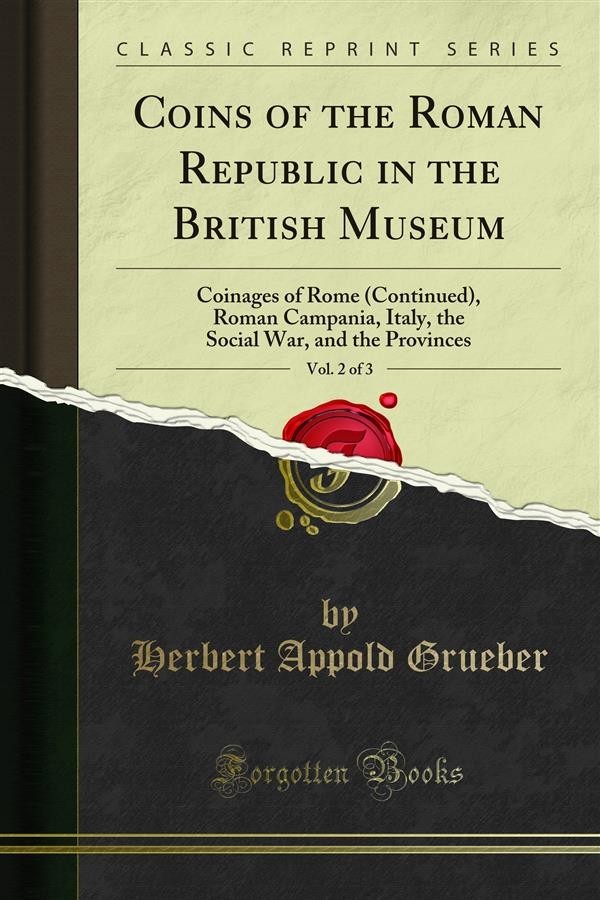 Coins of the Roman Republic in the British Museum

In the absence of any historical mention it would seem that amongst the numerous honours and privileges accorded to Octavius by the Senate in 36, there was an order directing that not only should his portrait be placed on the coinage, but also that the types generally should relate to events connected with his life, and further, that the sole inscription should be his name, to the exclusion of those of the moneyers which had hitherto occurred. In 44 the Senate had promulgated a similar order with respect to Julius Caesar, but in that instance it was limited to the stamping of his portrait and name on the obverse of the coinage, the names of the moneyers still retaining their position on the reverse. The exclusion of the moneyers' names for that of Octavius only was a still greater honour, and it entirely changed the character of the coinage, depriving it of its republican element and rendering it imperial. It is to this circumstance that we would assign the origin of the imperial authority over the gold and silver money issued at Rome, which from this time was never absolutely relinquished. When a few years later, from 16 — 3, the names of the moneyers were temporarily restored, the gold and silver money still retained in the main its imperial stamp; but the new bronze coinage, first issued about 15, which is inscribed with the letters S. C. (senatus consulto) shows that, at all events in this instance, the Senate did not surrender its rights. It is there fore probable that the origin of the imperial authority over the gold and silver money of the State was not due to any arbitrary act on the part of Octavius, but to a gracious concession on the part of the Senate. Before offering any remarks on the denominations struck during this Period, the nature of the types, the chronological sequence of the various issues, and the evidence of finds, it may be useful to give a very brief summary of the principal events which occurred between the years 36 — 17, some of which are recorded on the coins, and most of which inﬂuenced the coinage, if not in Rome itself yet in the provinces. From this time the types mainly illustrate contemporary history.