China, the Yellow Peril at War With the World 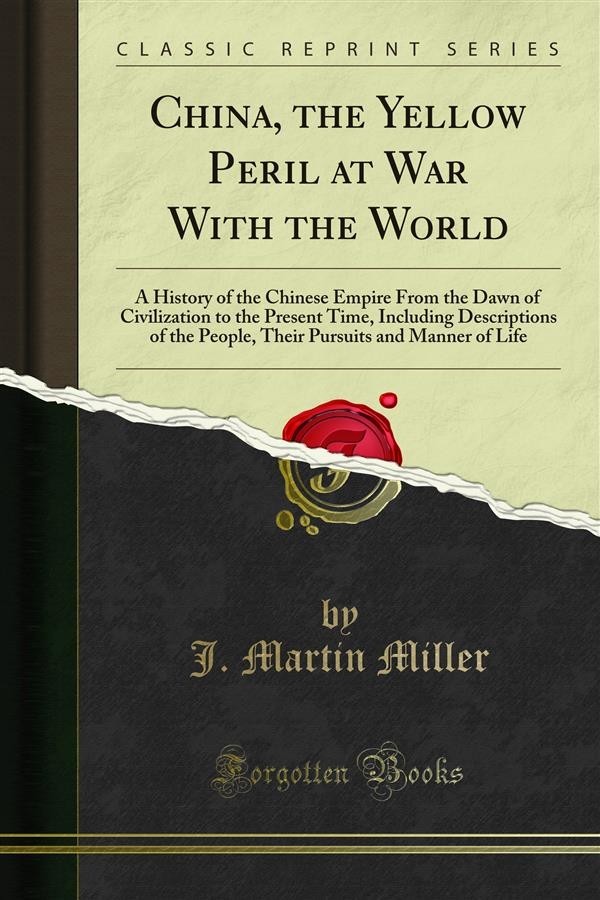 China, the Yellow Peril at War With the World

In presenting this work to the reading public the author admits a pride in contributing his share to the records of events which literally have no parallel in history. Never before has one nation of the world stood against allied civilization as China has stood against Europe and America in the unique contest-military, diplomatic and commercial which is here related. In order to make clearer the motives which impelled the participants and the conditions which had to be met, a somewhat full account of the history of the Chinese Empire is included as a preliminary to the more recent events described. The dawn of civilization in China, the progress of the great empire, the early and recent intercourse with European powers, the wars of the past and the war of five years ago with J apan — all are told in some detail. In addition there have been included descriptive chapters relating to the cities, the people, the manners of life, the pursuits and the country of the Chinese. To this has been added a full and authentic account of the rise of the Boxers, with a full description of exactly what they are; the work of the mis sionaries, who were the object of their first attack; the outbreak of hostilities; the sufferings of the foreign residents in Peking while they were imprisoned during those weeks of terror; the mobilization of ﬂeets and armies to rescue the besieged and punish the guilty; the thrilling campaigns and all that followed them, and finally the terms of read justment under which the world settled down to peace again. In other words the effort has been to make a book so complete that it will serve as a final compendium and reference work on the subject, condensed into the limits of a single large volume and therefore most serviceable for the greatest number Of readers.