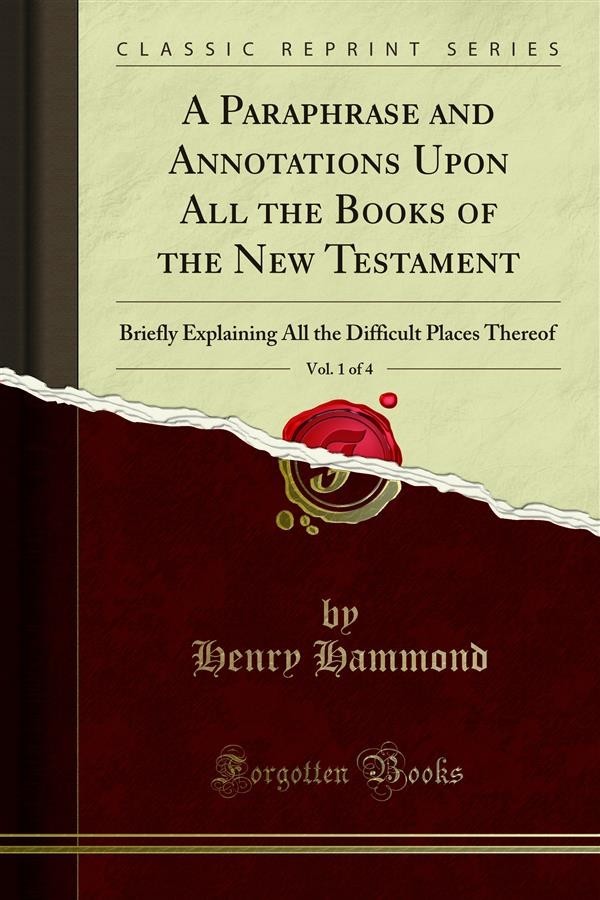 The third is the Greek and Latin ms. Of the four Gospels and the Acts, found ninety years since in a monastery at Lyons in the time of the civil war in France, and twenty years after pre sented by Theodore Bela, as a monument of venerable antiquity, to the university of Cambridge, the variations of which from the vulgar printed copies I also acknowledge to have received from the favour of the most reverend archbishop of Armagh. What hath from any of these appeared useful to be proposed, is in the inner margin of this book translated, and set over against the text, with an or in the front of it, as the characteristic note to distinguish it from the changes of the English translation, which, without that mark, are put in the same margin.