The Kingdom of God Is Within You; Christianity and Patriotism; Miscellanies 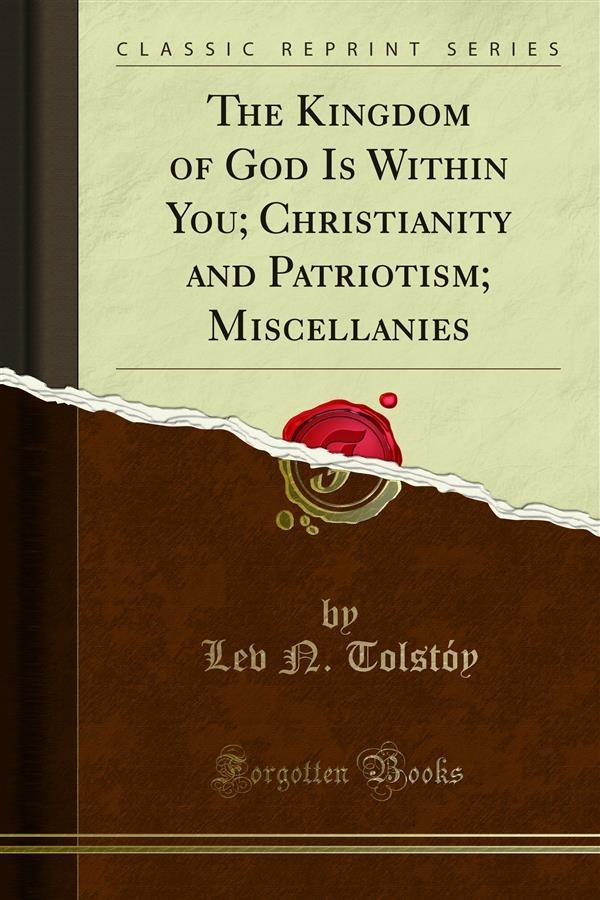 The Kingdom of God Is Within You; Christianity and Patriotism; Miscellanies

My book, as I expected, was held back by the Russian censor, but, partly in consequence of my reputation as a writer, partly because it interested people, this book was disseminated in manuscripts and lithographic reprints in Russia and in translations abroad, and called forth, on the one hand, on the part Of men who shared my views, a series of references to works written on the subject, and, on the other, a series Of criticisms on the thoughts expressed in that book itself. Both, together With the historical phenomena Of recent times, have made many things clear to me and have brought me to new deductions and conclusions, which I wish to express. First I Shall tell of the information which I received concerning the history Of the question of non-resistance to evil, then Of the Opinions on this subject which were expressed by ecclesiastic critics, that is, such as profess the Christian religion, and also by laymen, that is, such as do not profess the Christian religion; and finally, those deductions to Which I was brought by both and by the historical events of recent times.