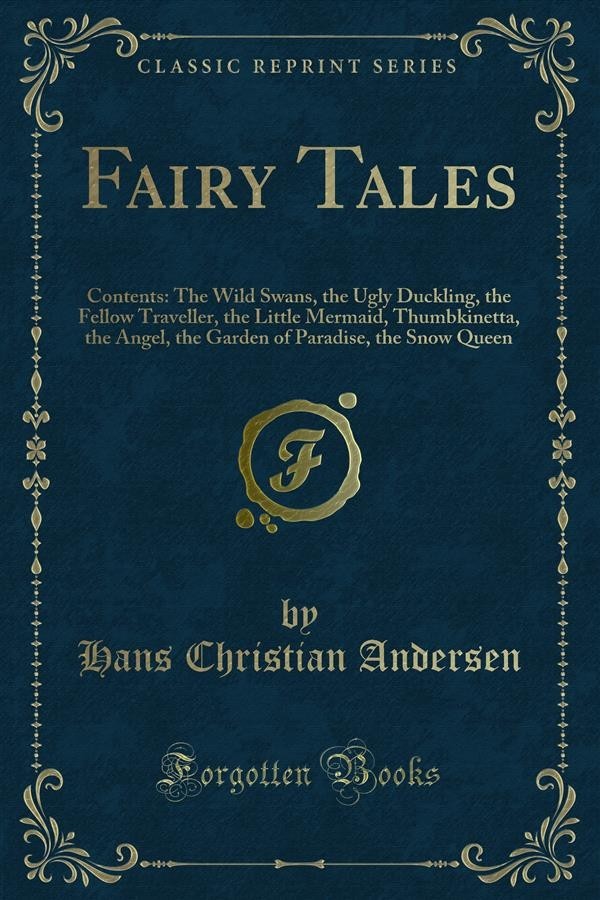 AM going to tell you a story about Luck. We all know Luck. Some see it the whole year round; others only for a certain season, or a single day: nay, some there are who only see it once in their life. But still we do see it, all of us. Now, I need hardly tell you, for this everybody knows, that Our Lord sends the little child, and lays it in the mother's lap, wherever she may be; not only in the rich palace and the comfortable room, but also on the bare field, where the cold winds blow. But not every one knows, perhaps, and yet it is quite as certain, that Our Lord, as he brings the child, brings also a gift of Luck for it. This is not laid openly beside the child, however; but it is laid in some spot in the world, where one least thinks of finding it. And yet it is always found, and a happy thing that is for us! It may be stored up inside an apple; as it was, indeed, for a learned man, whose name was Newton. The apple fell down, and so his luck came to him. If you do not know the story, ask somebody who knows it to tell it you. I have another to tell just now, and that is a story of a pear. There was once a poor man who was born in poverty, and who grew up in poverty, and in poverty he married. As to the rest, he was a turner by trade, and his special work was turning umbrella-sticks and umbrella-rings; but he could scarcely manage to live from hand to mouth. I shall never find any luck! Said he. Now, this is a true story of real life, and one could name the country and the place where the man lived. But that is of no consequence. Some mountain-ash trees, with their clusters of sour red berries, made a fine show round his house and garden. In the middle of the garden there was a pear-tree also.