The Twenty-Four Books of the Holy Scriptures 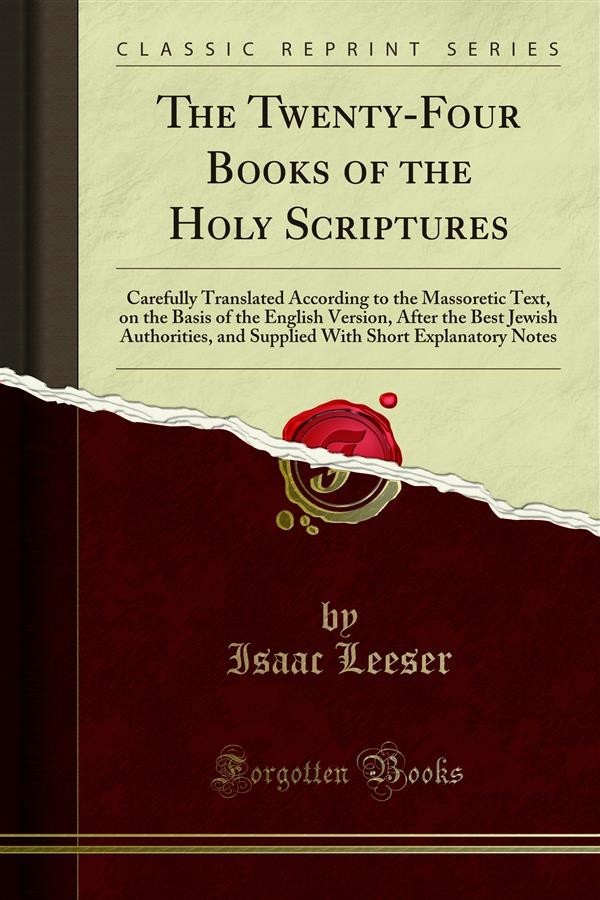 The Twenty-Four Books of the Holy Scriptures

As regards the style, it has been endeavoured to adhere closely to that of the ordinary English version, which for simplicity cannot be surpassed; though, upon a critical examination, it will readily be perceived that the various translators differed materially in their method, and frequently rendered the same word in different ways. In the present version, great care has been taken to avoid this fault; but the translator does not mean to assert that he has succeeded to as great an extent as he could have desired. He will not enumerate what he has done; but let any one who is desirous to investigate this point compare the two translations, and he will readily convince himself that this may be called a new version, especially of the Prophets, Psalms, and Job; and he confidently hopes that the meaning has been rendered more clear by the version itself, and, where this was not altogether practicable, by the notes appended at the foot of the page.