The Round Table Movement 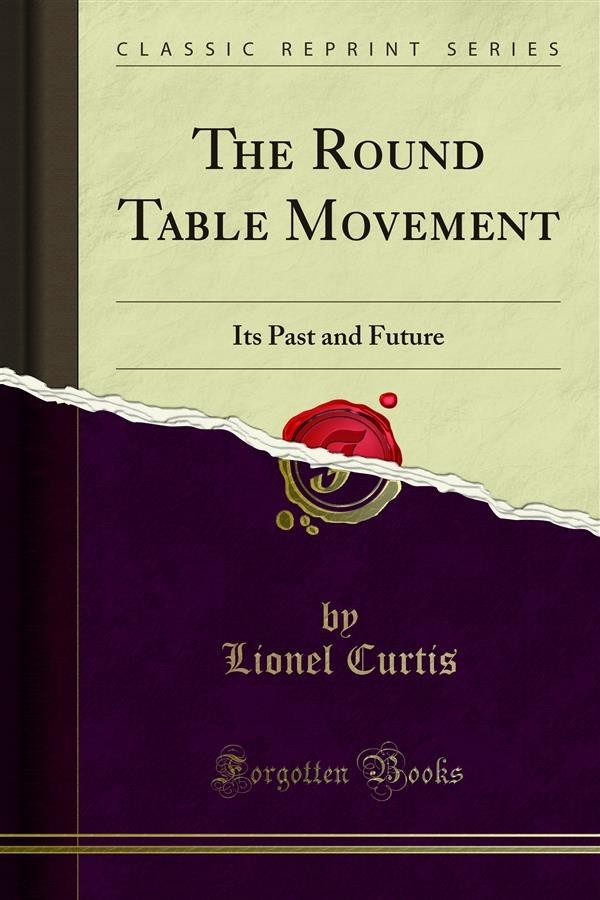 The Round Table Movement

The President. Mr. Mason, having opened the meeting, the General Secretary said: It is not far from three years since the senior Canadian Round Table group was formed here in Toronto, and this is the first opportunity I have had of returning to report to you upon the progress made in our work. In the meantime, the senior group has, on its own initiative, called into existence six junior groups in Toronto and, as I am meeting many of you for the first time, I propose, in reporting on the progress of the inquiry, to explain shortly how it first came to be undertaken. It had its origin, as I think most of you know, in the disturbed conditions of South Africa. It is needless to enter here upon the causes which led to the South African war. For our present purpose it is sufficient to re mind you that before it had been in progress many months, reverses had been sustained which changed the whole character of the struggle. It was no longer the rights of the Uitlanders in the Transvaal, but the existence of the Empire itself, which was seen to be threatened. In all parts of the Empire there were those who felt that to secure the safety of this world-wide Commonwealth was the supreme duty laid upon themselves; and to acquit themselves of that duty, men enlisted in thousands to fight side by side with their fellow-citizens in South Africa. After the war many of them re mained to take part in the work of recon stituting the new territories of the Transvaalthe Empire.