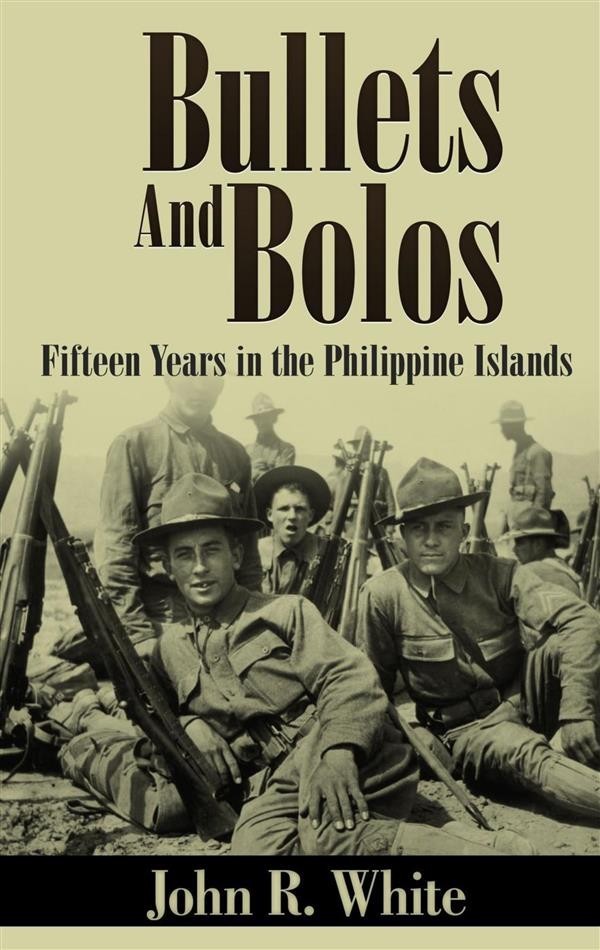 Bullets and Bolos is the memoir of Colonel John White's 15 years in the Philippines as a member of the Philippine Constabulary, the chief US law enforcement agency of the islands. The Constabulary was established in 1901 to quell unrest in the Philippines from native factions who had only just ejected their Spanish colonial rulers and were now faced with American occupation, as a result of the Spanish-American War.

John White took part in numerous engagements against the rebellious Moros on Mindanao and Jolo, including the infamous First Battle of Bud Dajo, and his assignments sent him far across the sprawling nation, whether to apprehended fugitives, interject in disputes or a myriad number of other dangerous policing tasks.

Bullets and Bolos provides rare insight into the culture of an American-occupied territory at the turn of the century, and is an engaging, lively tale about a vanished time and place.