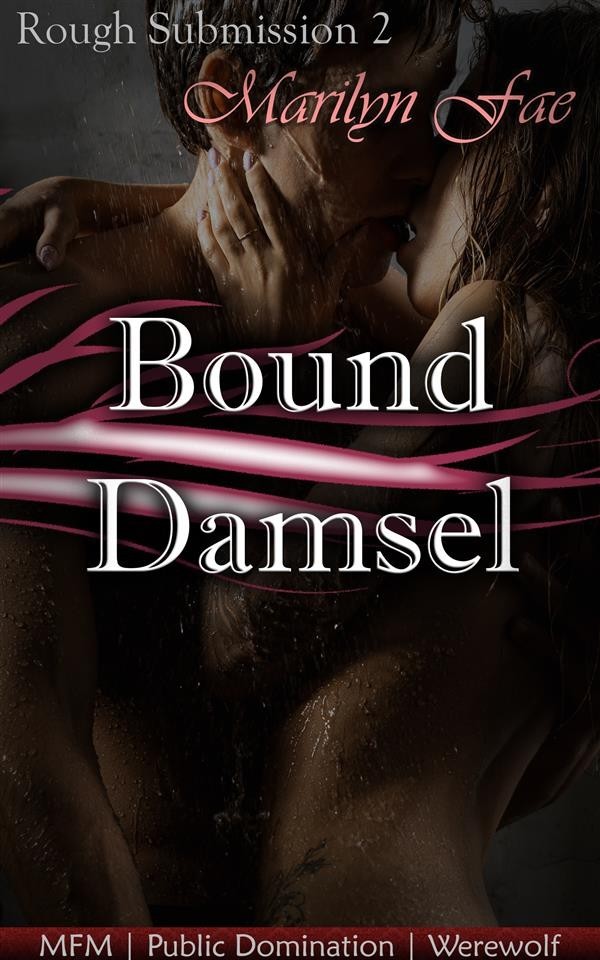 Natalie works in an escape room, but the endgame is not to escape, it's to save her. She's the damsel in distress, the innocent, beautiful human princess eagerly awaiting her rescuer.

Or in this case, her rescuers. She tugs the shackles on her wrists and ankles, pulling at it fearfully as the men--the Werewolf Alphas, step into the room with her.

"I've already decided on which quest to be on. What tier do you think I should be getting, with you waiting at the end?" he asks.

She blushes brilliantly. Oh. That's why the book's still here. They normally don't ask her these things. "Um..." she swallows the lump in her throat and tilts her head down, interlinking her fingers in her lap. "Whichever you feel like?" she says, her voice rising a pitch from sheet embarrassment.

"You're a very open-minded for an eighteen-year-old virgin," he comments. "Says here you are willing to give everything a try."

She licks her lips and nods jerkily.

"Has anyone gotten to you yet?"

She shakes her head. "I haven't- I've only started recently. I haven't even gotten rescued yet." And then her cheeks burn red when she basically admitted that she hasn't even been touched by anyone.

He looks pleased by the answer. "I suppose that means I should get the full package," he winks at her and then takes mercy on her when she opens her mouth and instead of answering properly, lets out a meek squeak instead. His teeth glows when he grins. "Adorable," he says.

The man guarding the door chuckles and she turns to him with a look of betrayal. He shrugs and tilts his head to their client, reminding her who she should be paying attention to here.

"I was recommended to your establishment as a place to relax and unwind. I've never gone on a 'quest' before," he admits. "I'm afraid I'm a city wolf, born and bred here with no sense of adventure," he says.

"It looks really fun," she says, grateful for a neutral topic. She starts talking to him about the games, memorized speeches, mostly about how he would enjoy it, and even if he decided this particular path wasn't for him, there are others.

This is a particularly hard one, which is why the manager has her there. The likelihood of someone finishing the quest in the first time trying it is slim to none. In the meantime, she is free to talk to the men, the participants and grow more familiar with them, get used to the idea that once they 'save' her, they can do whatever they want with her.

"It says here that more than ninety percent of the participants are unable to finish it within the first try," he comments, frowning at the logistics with an air of someone who's keen on testing that.

"Ninety nine for the quest I'm in," she says before she can properly stop her lips from moving. She hates herself sometimes. She actually lost a customer this way. The man straight up gave up when he realized he would have to pay again in order to 'play' with her.

He has a steely look on his face that tells her that he's taking the statistic very seriously, but instead of giving up, he's turning it into a challenge to overcome, something to fight for.

Her eyes widen in fear.

"We'll see about that, then," he says and his voice is a low growl, a deep challenge.