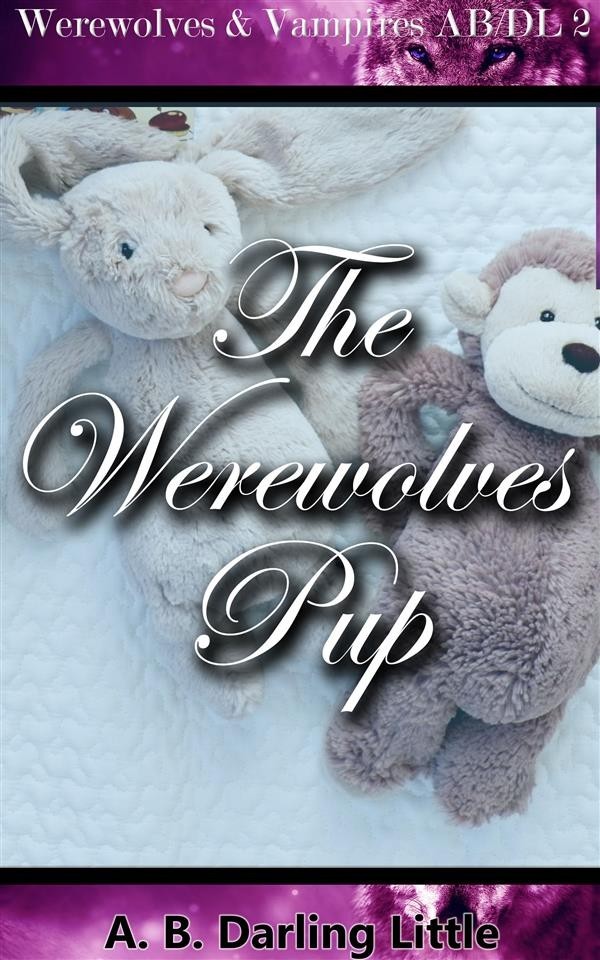 Ella has proven time and time again that she's incapable of taking care of herself. She's eighteen-years-old and her parents at their wit's end with her. Her latest deed of delinquency is the last straw. She is sent to a Werewolf training facility where she will be bundled up in a onesie with an adult diaper and a dummy in her mouth. She's going to be the best Pup ever.

"Just a bite, baby. Come on," he murmurs, stroking her cheek and trying to nudge her closed lips with the spoon.

She scowls and turns her head away. She had accidentally tasted the thing in the bowl earlier and it was vile. "No," she says, eyeing the spoonful of mush that looks like dirt, but he insists is some sort of protein mix. She stopped trying to eat it the moment he said that. She pushes his hand away when he smears a bit of food around her lips.

He sighs softly, sitting back and putting the spoon into the bowl.

As hungry as she is, she isn't going to eat something unless she knows what it is. "I'm vegetarian," she lies through her teeth, huffing and crossing her arms over her chest.

"Werewolf pups can't be vegetarian, baby," he says and replaces the pacifier into her mouth to keep her from talking. He had been trying to get her to eat for the pat five minutes and she can tell he's getting annoyed.

She grimaces when he stands, thinking he's going to hurt her. Instead, he heads towards the cupboards and grabs a tin of what looks like baby formula and milk. She watches as he mixes up the powder and pours bubbling hot water in it. Then, he adds cool water to get it to the right temperature. Her eyes widen when she realizes where he's going with this. He screws the top on and she sees the teat on the tip.

Carefully, he sets the bottle on the table and lifts her into his arms, settling her on his lap with one arm around her torso to keep her hands pinned to her sides.

She pinches her lips together and shakes her head rapidly as the bottle's teat presses against her clothes lips.

"You need to eat something," he pleads. "We don't want you to get sick."

She struggles a little more. She's not a baby. She doesn't need to be fed from a bottle.

"Don't make me do this the hard way."

She hesitates for a second and that's all he needs to push the teat of the bottle past her lips. He holds it there and she has no choice but to close her lips around it.

"It's tasty, baby. Come on. Drink up for Daddy and be a good girl." Her handsome captor gives a noncommittal hum and seems to consider his options for a moment before deciding to squeeze her nose close. Unable to inhale with her nose blocked, she takes a breath through her mouth instead and inadvertently suckles the teat. He takes the opportunity in stride, giving the bottle a slight squeeze and forcing a shot of warm liquid down her throat.

She doesn't choke on it, as she thought she would. It's smooth and creamy and coats her tongue with a taste that is equal part addictive and delicious, like milk with a light hint of caramel and coffee. The creamy substance leaves her wanting more. Her stomach grumbles and she begins to suck to get more of it into her mouth, biting the teat a little when the amount isn't satisfactory.

She nods despite herself and continues to suckle the milk, humming happily at the taste as she swallows mouthful after mouthful.