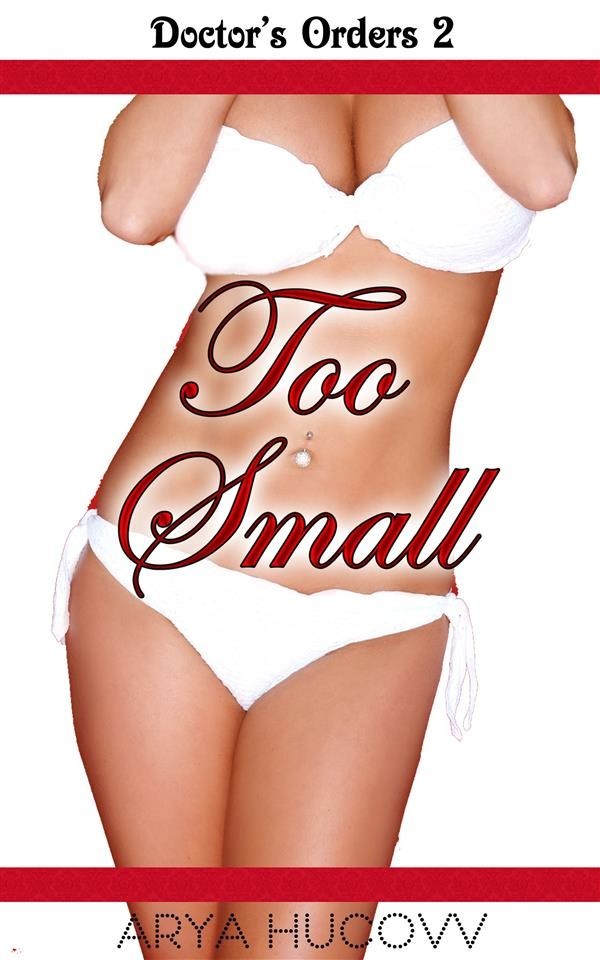 Sasha is too small... down there. Tired of being the only girl in her sorority who has never experienced pleasures with a man, she signs herself up for a doctor's appointment. Nothing like Science and an unforgettably intense experience with a powerful machine and strong black alpha males to solve her problem.

She has seen a picture of the doctor's face outside the clinic. Ruggedly handsome and very kind-looking. She had not expected the muscular body that came with that face, nor had she expected him to be so tall. He towers over her even standing behind the oak table.

"Please, have a seat," he says, gesturing to the chair beside the desk. "I promise I won't bite," he adds when she continues to stand frozen by the door.

She closes her mouth and hurries over to the seat, blushing the whole way. She wants to pat herself in the back when she makes it into the seat without tripping over her own feet.

"Thor, yeah. I heard," she can't help but smile a little at the name. "I enjoyed the movies, doctor."

"Ah yes, god of lightning. I'm afraid my parents had a vision about my future," he says with a self-depreciating smile. "May I know the reason for your visit, Ms. Sasha?" he asks, trying to be curt without being impolite. She understands the urgency. It's almost five and no doubt they have families to return to.

"I uh... I have been having issues about um..." she clears her throat and starts again. "I have troubles with my sex life."

The doctor looks mildly stunned, though he quickly schools his expression back to neutral curiosity. "In what way, Ms. Sasha?" he asks.

"I'm hucow," she says, wanting to get that out of the way instantly.

He hums, almost bored with the revelation the has stunned every other person she's told. Only a tiny percentage of people in the world are hucow.

Maybe he's dismissed her as one of those women who've taken the pills for so long that they've forgotten their true nature. She frowns at the doctor, trying to figure out what he's thinking from his pensive expression. He's still writing on the pad even though she hasn't said anything more. When he finally looks up, it is with an expectant expression.

She feels the need to elaborate. "And not like- not from taking pills or anything. Presented two years ago, when I was sixteen. Though lactation hasn't been much of a problem. I've been milking myself twice daily, two hundred and fifty milliliters to five hundred every day, depending on the nutritional intake the day before-" She stops blabbering. She can literally see the doctor's brain go into hibernate mode as he starts scribbling nonsense in the notepad.

He probably handles hundreds of fake hucow cases a month. She still sees him making weird scribbles in her file. It's a thin file, since this is her first visit. He's quickly filling up the single sheet and she is suspicious that he's not paying attention to her at all.

She flinches when he prompts, "Please, continue, Ms. Sasha."

Resisting the urge to let out a long, suffering sigh, she goes straight to the point. "I'm still a virgin."

Well, that certain got his attention. "You say you presented two years ago?"

"You've never had the urge?" he continues.

She shrugs. "Even if I have, I couldn't go through with it."