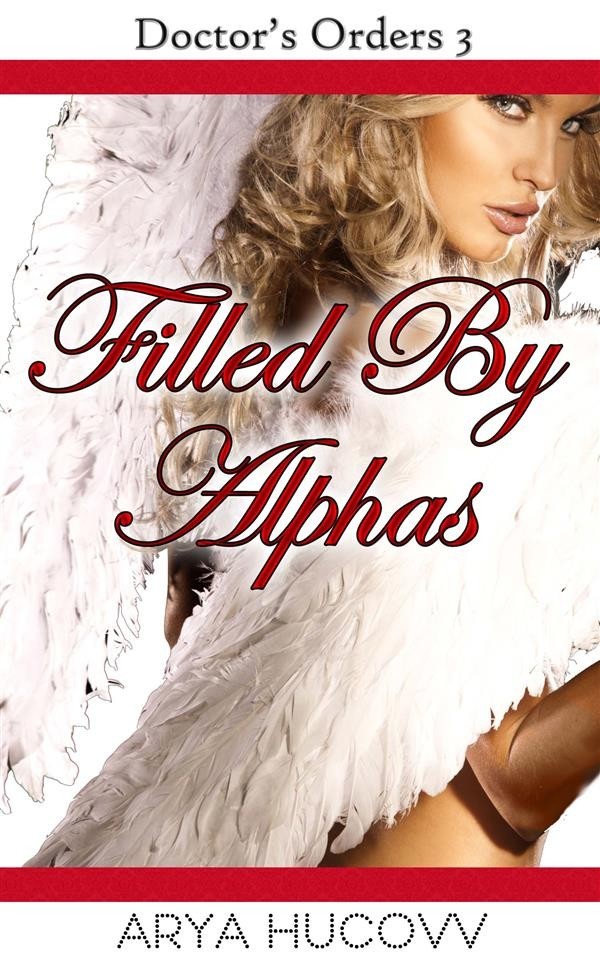 It happens on a bright Monday morning. Witnesses will tell reporters later the sun suddenly disappeared from the sky and there was a brilliant flash of lighting, followed by booming thunder and a shadow in the light. Four Alpha male doctors go to the site of the crash, as if compelled by a supernatural impulse, unaware that their lives are about to change forever.

They climb out to the surface in silence, Leo getting to the top first due to the lack of added weight. He gives John a hand up and frees the woman from his back. The coat almost falls from her shoulders and John adjusts the coat quickly so that is covers the woman's frail, weakened body more appropriately. Her head lolls forward onto his chest, and her knees give up beneath her. He holds her steady with both hands on her arms.

Ivan feels something in him spike, unpleasant and bitter. It takes but a moment for him to realize what he feels is jealousy. John steadies her and rubs the heat trapped in the material into her arms to get the circulation going better. Remy's jacket is long enough that it comes almost to her knees. Even with the sun shining down brightly at them and the exercise they've gotten, Ivan is starting to feel the chill from the wind.

The distant sound of an ambulance's sirens are getting closer and closer. "Let's get her out of here before somebody else shows up," Remy says decidedly.

"Wait, what?" John stops and turns, barely managing to keep the woman upright. "The ambulance is nearly here. We should get her to the hospital."

Remy deadpans. "Do you honestly think they're going to keep her in the hospital once they've seen her wings?"

Leo shakes his head. "Anomalies are sent to research centres, John. She'll never see the light of day again." It is comforting to know that he is not the only one who feels an overwhelming sense of protectiveness towards her.

"She needs to be checked out," John insists.

"Not at the hospital," says Remy, his tone leaving no room for arguments.

"Not at the hospital," Leo agrees.

John turns to Ivan with wide, hopeful eyes, as if thinking he would be on his side. Ivan shakes his head. "I agree with them, John. The hospital is not the best place to take her."

Instead of an answer, Remy counters with a question. To John, he asks, "Did she say anything to you?" Earlier, Remy and Ivan both saw her whispering something in his ear on the way up the crater, but he was too far to hear.

Ivan feels a stab in his chest at the statement. "We're not going to hurt you," he says to the trembling young woman. "Let's get her into the car first."

"And then what?" asks John, ever the one for following rules to a T.

"And then we'll drive her to my clinic."

Ivan didn't mean to growl at Remy. It just sorts of happen, bubbling from his chest and escaping his throat before he could do anything to stop it. His upper lip pulls back, and he is snarling at the older man.