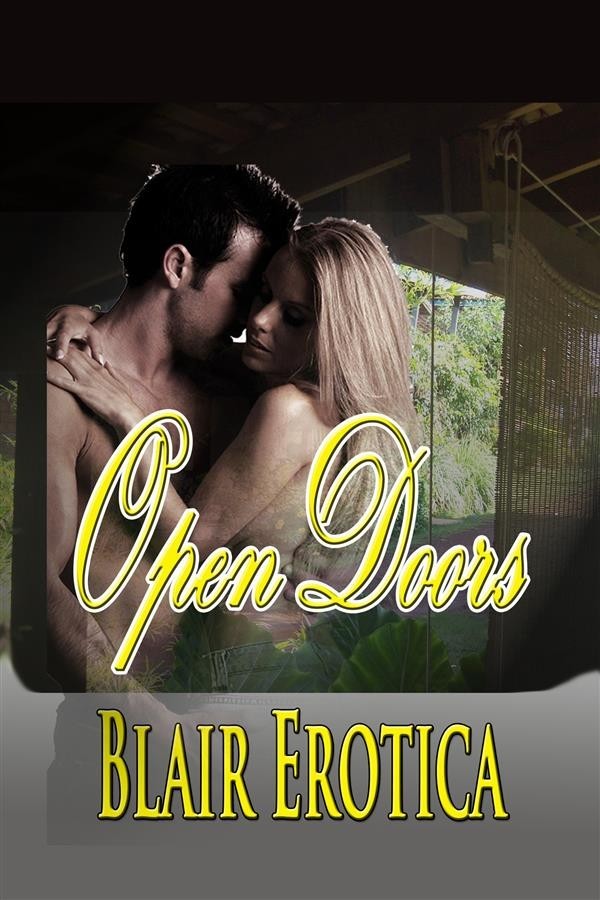 Sherry's lover wants to take her to a bungalow in the woods to play a new game that involves letting other people, people she doesn't know, watch them have sex  and then watching them.

Nervously agreeing starts her on a journey into the joys of group sex, making love with people she doesn't know  walking through open doors to follow a path that is exciting and unsettling.

Greg arrived at her apartment exactly on time. She, of course, was not quite ready to go out yet. She wore only a robe and invited him into the bedroom to have a glass of wine with her while she dressed. He liked watching her dress, preparing herself to go out with him.

For her part, she enjoyed having him watch. She savored making him wait for her to be ready, seeing his impatience and arousal build. It was palpable and she felt the heat of it. When he watched her dress, cover her naked body, it was the reverse of what would come later, when he would undress her, when his impatience would take charge.

But today he seemed more preoccupied than impatient, as if he were considering how to put some question that he wanted to ask her. His face had a look she had come to know. She saw it when he wanted to talk to her about trying some new sexual position or technique that he had read about, or heard about, or learned from someone else. He wasn't shy about those things, in fact, he could be demanding in an exciting way.

But he always considered his words carefully and said what he meant. That deliberation neither pleased her nor bothered her  it was simply part of who he was. That he said what he meant did please her. He liked that she teased, that she made him say, explicitly what he wanted, expected from her.

Now she watched that deliberating, ruggedly handsome face in the mirror and slowed her motions even more, letting her hands emphasize her curves. His eyes followed her hands, adoring her body. She let herself enjoy a sweet tingle of anticipation for what might come later in the night.

Of course, she would find out before the night was over. That would be good enough and she savored the idea of some secret  a new lusty desire? A challenge? He could be creative.

For now, it made dressing in front of him exciting.

He put down the empty wine glass and touched her leg. "Are you interested in wandering further out into the unknown, Sherry?" he asked.

She stopped buttoning her blouse, again wondering about what new and interesting idea he had in mind. It was a delicious torment.

"I thought you came by to take me out for a drink," she said. "Are you suggesting something else or is this a rhetorical question?"

"Not really rhetorical," he said. His smile said more than his words.

"A drink is a known thing."

"Before or after the drink?"

She shook her head. "The ways I picture that, it would be messy without adding anything interesting. Unless you have some strange twist in mind."