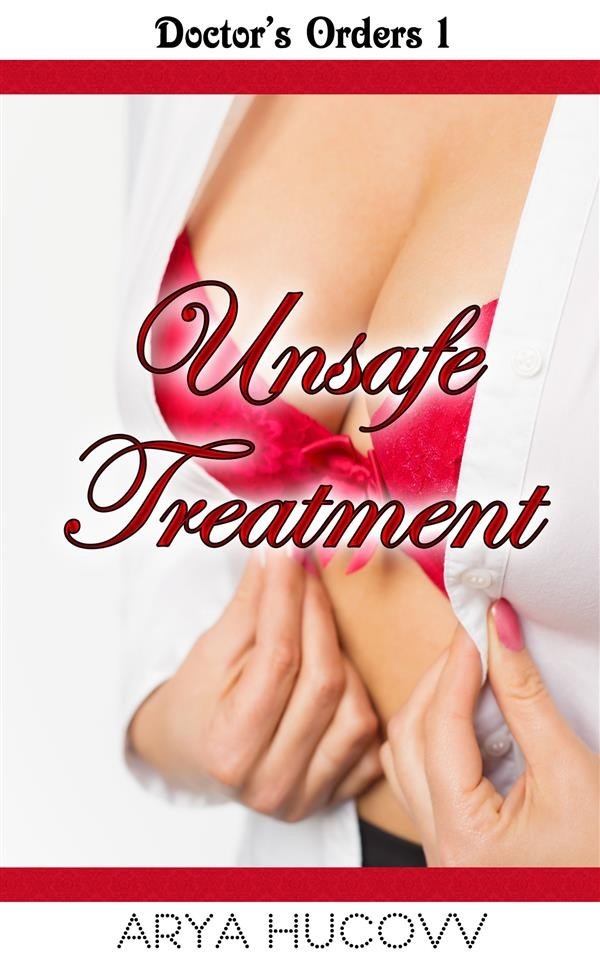 Nancy has a problem. She is two cup sizes bigger and her body is changing in ways that she doesn't know how to handle, especially when she starts filling up. Thankfully, Doctor Hunter knows exactly how to help ease her discomfort. She's too full and just need to use their mammary stimulation machine to suction her dry. And that's only the beginning...

Eyes follow them as they walk out of the room. She wraps her arms around herself and tries to keep her head up, but the moment her gaze finds another, a young man who's looking at her like she's a delectable piece of meat, she quickly looks back down at her feet.

It is disconcerting, to say the least. The men are looking at her as if she's edible and the women are staring at her with a mixture of pity and jealousy.

She avoids their gazes and follows the heels of Doctor Hunter without looking up for the rest of the way, uncertainty and worry chewing the insides of her belly. The cold of the hospital makes her hair rise on end, though she knows she is trembling for another reason altogether.

They walk through empty hallways and into a crowded elevator, doctors and nurses squeezed together in the enclosed space until her back is pressed against the doctor's chest. She is keenly aware that she is drawing attention in the small space even though she keeps her gaze firmly on the dark red carpet of the elevator floor. She tries not to let it get to her.

"Sorry," she murmurs when she is pushed further into the doctor's chest.

"Not enough elevators in the hospital," Doctor Hunter says, his mouth so close to her ear that she can feel the warmth of his breath on her skin. She shudders and resists the urge to lean further into his chest.

The doors slide open and nurses in uniform hurry out the enclosed space. She sees the shiny black shoes of the newcomers.

"What's this, Hunter? Got yourself a Hucow, I see! Are you going to share her?" A decidedly male voice booms, his voice so loud it echoes in the room like he's speaking through a microphone.

She flinches and the Doctor behind her rumbles his displeasure. She looks up, worried eyes taking in the owner of the roaring voice. The man in front of them is in a nurses' uniform, the pale white a sharp contrast against his dark skin. She swallows the lump in her throat when her gaze moves from his large, muscular body to the angular face and sharp features. He is handsome, but also quite terrifyingly so, especially since he does not bother hiding exactly what he wants to do with her.

He slides into the elevator and takes what little space there is in front of her. She keeps her arms wrapped around her chest defensively, worried that he would do something untoward towards her. Without thinking, she leans back against Doctor Hunter, seeking the familiar safety in his arms.

The doctor wraps an arm around her waist and pulls her into his chest. She fits flush against him, the warmth of his body a welcomed change. The bow comes a little undone and she can feel the soft material of his shirt on her bare back. A familiar pressure grows in her core, an ache between her legs.

The black nurse whistles. "She looks like she really needs filling up," he says without shame and she flushes, her body agreeing with him even though she's shaking her head no.