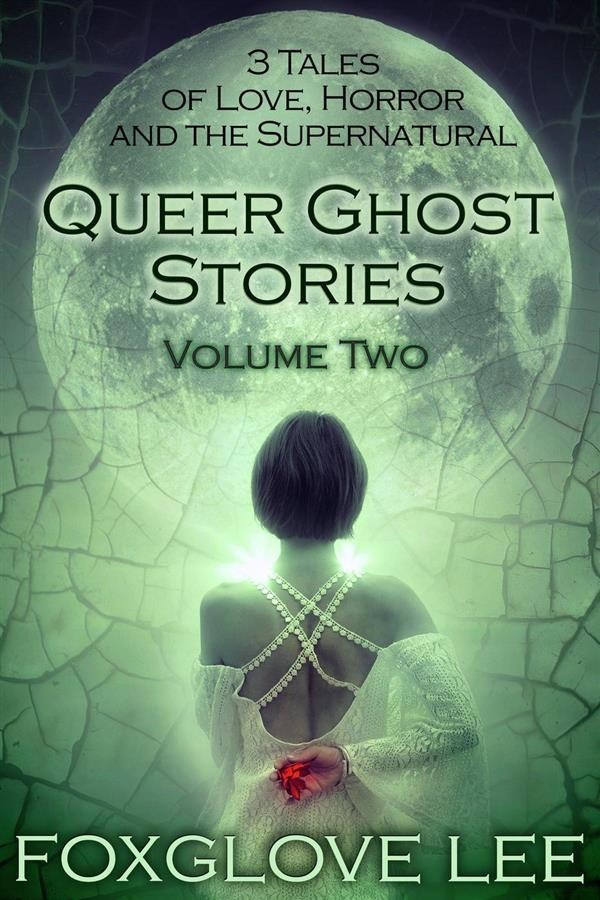 Who needs sleep? Not you! You’d rather stay up late reading these spine-chilling ghost stories!

In these three tales of the paranormal, trans, lesbian, bisexual, non-binary and gay characters encounter the supernatural… with blood-curdling results! Get ready for a fright with three stories from Foxglove Lee’s Queer Ghost Stories series!

If moths could kill… In our first story, The Moths, Shay knows her girlfriend Olivia won’t take it well when she finds out an old flame has died. All these years later, he still holds a sordid but special place in her heart. When Olivia pulls his moth-eaten sweater from the back of her closet, she feels the past close at hand. But closer still are the moths. They swarm and surround her, quickly taking over her bedroom… but will they take her very life?

“Transgender Psychic Fights for Ghost Rights!” When a local tabloid gets its grubby paws on Whitney’s story, in Underground Spirit, she doesn’t know what to do. Is she trans? Sure, and a lawyer to boot. But is she also psychic? Not really. Except that the ghost of a girl who died in a gruesome escalator accident has been following her around town. When a handsome banker comes to the young lawyer’s rescue, can they figure out why this dead girl won’t leave Whitney alone? Or will the terror never end?

In Ghost Phone, Braden has never had much in common with his stepfather, but that changes when he buys an antique telephone for Father’s Day. The old phone is haunted! Every night, it rings like clockwork. And who is on the line? A ghostly woman who says only, “Operator! Help! My son!” Can Braden and Leon figure out who this ghost woman was in life? And can they help her find peace in the great beyond?

Delve into three tales of the paranormal by Foxglove Lee… if you dare!