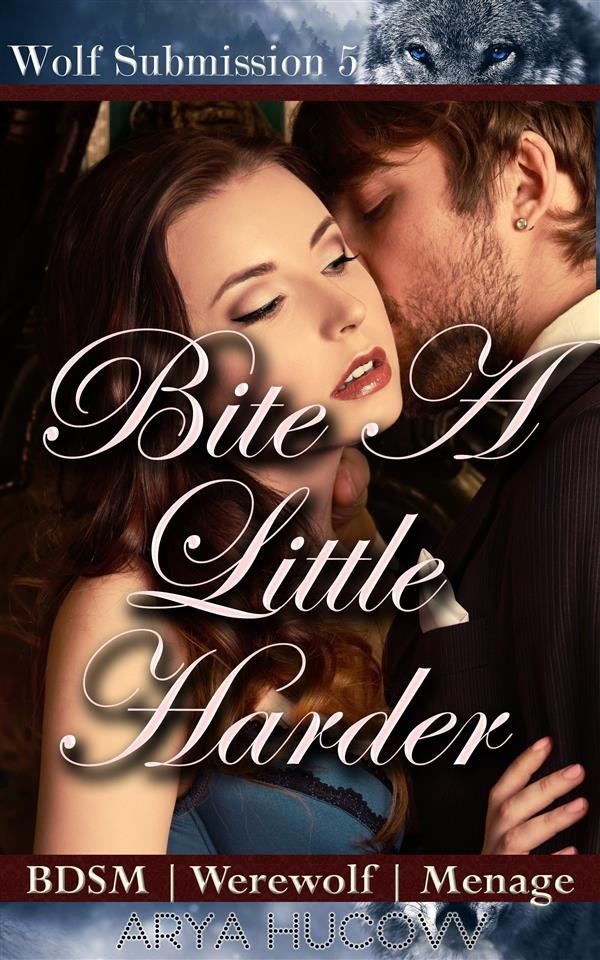 The first time Nicholas meets his human mate, she has a gag in her mouth and ropes around her wrists and ankles. Her doe-eyed look of fear and anticipation is enough to stir his wolf's interest. He knows he has earned to right to mate her by besting lesser wolf challengers, but to be here now, inches away from touching her... it is intoxicating.

Abigail is truly a beauty to behold. Even lovelier in person than in the video he was shown. He drinks her in greedily, memorizing every inch of her perfect pale skin, soft freckles over her chest. She is looking at him with an expression close to awe, though her scent is still heavy with fear. There is arousal there too, sweet and tempting.

He growls, his hand tightening into fists to keep himself from reaching out and touching her. He needs to give her time to adjust, to get used to seeing him first. She is trembling slightly. The room is warm enough that he knows it's not because of the cold. Her hands are bound over her head with soft silk, stretching those lovely limbs up and exposing the long expanse of her neck.

There's a soft blanket draped over her naked body, though it is barely thick enough to cover her at all. It seems to show off her body then if it wasn't there at all.

Silk bindings peek from the edges of the blanket and she wriggles on the bed. Her legs are spread wide beneath the blanket. He longs to pull the blanket aside and see what she's hiding.

His gaze drifts upwards, shifting up the curve of her breasts to her neck. He wishes he could leave his marks all over that. There is a gag in her mouth, a round ball gag that she is biting so hard into that it is left with teeth marks.

"Why is she tied up?" he asks, licking his dry lips.

Elias jerks back, stunned by the question. "You requested this," he says.

He growls. "I requested no such thing." It is cruel to subject anyone to something without their permission and especially cruel to her given that she's a virgin.

Elias narrows his eyes at him. "The email came from your account."

He lets out a low growl and checks his phone. "John," he barks out. The man probably thinks he's doing him a favor. "I apologize."

Elias shrugs. "It is interesting. She doesn't mind."

Indeed, she looks quite comfortable being tied up. She's not struggling in her bindings. Instead, the ropes on her wrists and ankles appear to soothe her.

What a delightful little surprise.

He makes a mental note to thank John later. After punishing him for using his account without permission.

"Are you comfortable?" he asks.

She thinks for a moment, and then nods.

The answer stuns him. She doesn't seem to be enjoying the gag, but she's not trying to push it off either, biting around the rubber gag. She is familiar enough with having something shoved in her mouth that she isn't attempting to speak through it.

"She wants to be good for you, don't you baby?"

When she meets his gaze and nods, his breath stutters and he feels a little weak in the knees. It is such a visceral reaction and so unlike him that he finds himself too stunned to move momentarily. She's really quite breathtaking.

She smells like fear and arousal, like anxiety and excitement. Such a juxtaposition of scents. He inhales and holds the breath in his lungs, peering down at her with a hunger in his loins.

She is such a small thing, tied with her legs splayed open on the bed like some sort of virgin sacrifice.

He suppose that's exactly what she is: A virgin sacrifice just for him.