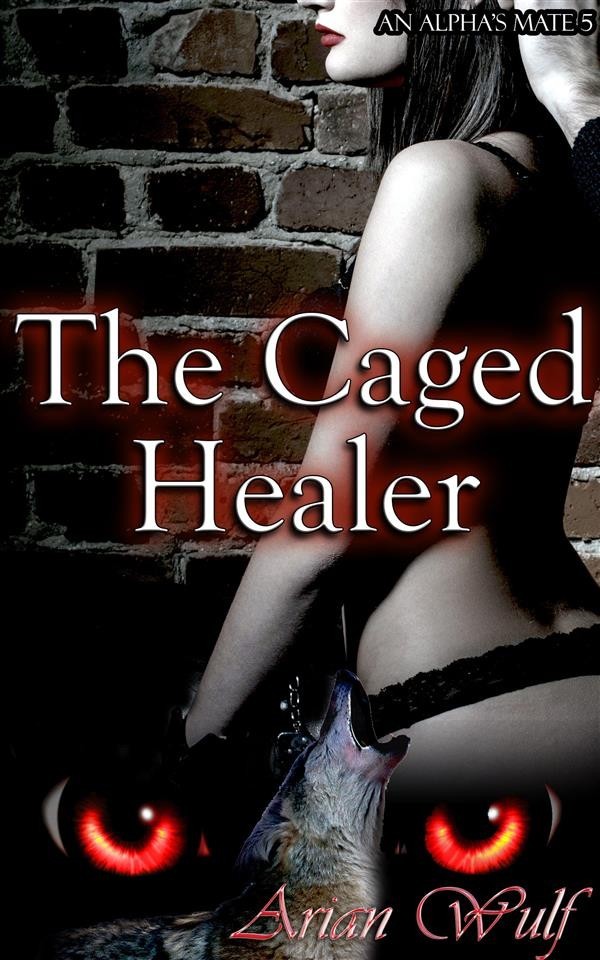 Ria is aware of how much she is lusted after. Healers are rare in these lands. She is, therefore, not entirely surprised that there is raid beyond her burning tent. It is always the same. She will be taken under a different Lord, and she will serve as their healer for as long as they are able to keep her. Werewolves do not need healers. So why have they come for her?

"Why come all this way if you don't really have a need for me?" she asks, taking the steaming cup of tea from his hand. Their fingers touch, and there is a shock to the base of her spine, a sudden energy and conviction. It occurs to her that she has never healed a werewolf before.

The moment she lowers the cup on the table, he grasps her wrist in his hand. The flash of lightning casts light upon his expression, dark and dangerous, with the same promise that she is afraid she has misread days earlier. "Why do you think, Ianuaria?"

In answer, he grips her by the arms and pulls them together. He kisses her in the sudden, welcoming silence. His tongue brushes over her soft upper lip.

When she gasps, he sucks her lower lip in his mouth and teases the soft flesh with his tongue. He growls, his grip on the back of her neck tightening to the point of bruising as his tongue skims her trembling lips, wordlessly seeking permission for more.

She feels the edge of the table dig into her belly, but he is not as rough as she knows he is capable of. She parts her lips without thought and he thrusts inside, his tongue fluttering over her teeth before going deeper still. When their tongues touch, the sensation is unlike anything she's experienced before. Urgent need flows through her body and before she realizes what she's doing, her arms are wrapped around his neck and she has climbed on top of the table to deepen the kiss.

He groans and pulls her to the edge of the table with a steady grip around her waist, and she wraps her legs around him like it is the most natural thing in the world to do.

He grips the back of her neck tightly, keeping her from pulling away even when her lungs are begging for air. He kisses like a man possessed, like the air he craves is hidden in her lungs and once he has tasted it, he cannot let go.

When he finally pulls back, they are both panting for breath. He returns to himself faster, trailing his grip from her neck to her hair until he is tugging and pulling her head back sharply, eliciting a sharp gasp from her lips.

Her breathing quickens and grows heavier with each exhale. Her chest lifts and falls heavily.

"For you," he confirms, his lips trailing down her neck and stopping only once he finds the pulse there. His lips part and he clamps his teeth to the soft flesh there, sucking gently to leave a bruise against her skin.