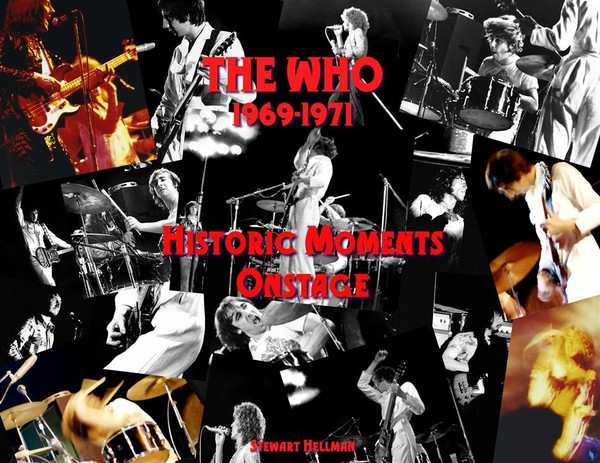 The Who 1969-1971 Historic Moments Onstage ebook features 249 photos taken at Concerts like Woodstock Music Festival, Fillmore East, Tanglewood Music Shed and two Performances at the Forest Hills Tennis Stadium.All photos but those taken at Woodstock were shot from Front Row Orchestra seats. The Who (Roger Daltrey ,Pete Townshend, Keith Moon, John Entwisle) were legendary musicians by the time they performed at the Woodstock Music Festival. Musically they were outstanding and unlike most Rock Groups they were visually exciting to watch throughout their Concerts. In In Sound and Sight The Who were explosive,unpredictable and relentless in their desire to put their Music out no matter how much energy it took to get it across to the audience.The Who did not stand still through their Shows. With Pete Townshend playing guitar while literally airborne, Roger Daltrey tossing his microphone around and catching it in time to sing and Keith Moon putting out the energy of a Power Plant on the Drums. Within The Who 1969-1971 Historic Moments Onstage you see moments like these and much more.Here you will be able to look into the eyes of Roger Daltrey and Keith Moon and see how much they cared about their Music. If seeing The Who during four of their greatest Performances at any time you want, this is the ebook you NEED to own.The Who At Their Finest!