Sword of the Gods: The Chosen One 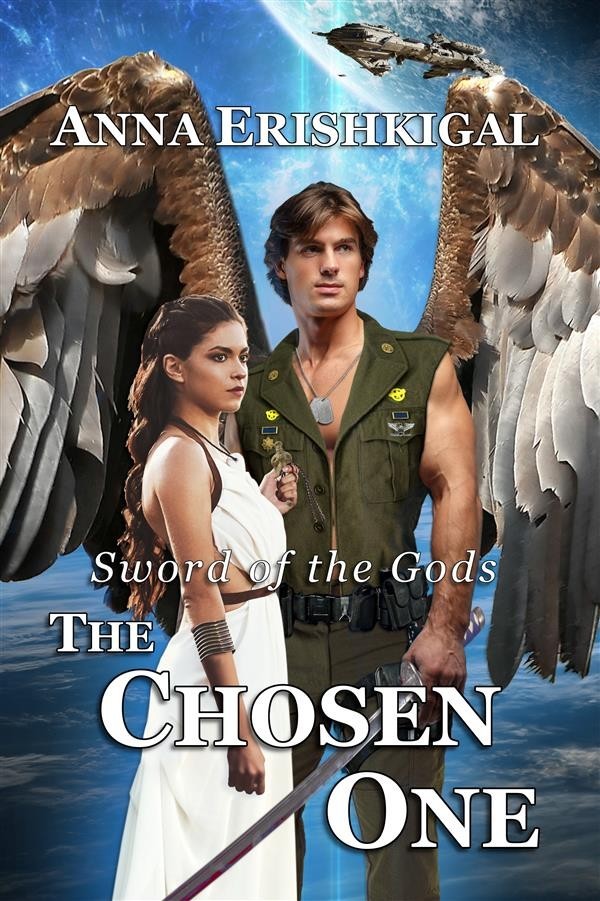 Sword of the Gods: The Chosen One

At the dawn of time, two ancient adversaries battled for control of Earth. One man rose to stand at humanity's side. A soldier whose name we still remember today…
.
Angelic Special Forces Colonel Mikhail Mannuki'ili awakens, mortally wounded, in his crashed ship. The woman who saves his life has abilities which seem familiar, but with no memory of his past, he can't remember why! With his ship destroyed and a shattered wing, he has no choice but to integrate into her village.
.
Ninsianna's people have prophecies of a winged champion, a Sword of the Gods who will defend her people against an Evil One. Mikhail insists he's no demi-god, but her dark premonitions and his uncanny ability to kill say otherwise. Even without the technology destroyed along with his ship, the sword he carries is a weapon of mass destruction to a people who still throw sticks and stones. When young women start to disappear, Mikhail must organize her people to fight back.
.
Evil whispers to a sullen Prince. A dying species seeks to avoid extinction. Two emperors, entrenched in their ancient ideologies, cannot see the larger threat. As intrigues roil the heavens, a tiny Mesopotamian town becomes ground-zero for this fantasy fiction retelling of mankind's most epic story about the battle between good and evil, the clash of empires and ideologies, and the greatest superhero to ever walk the Earth. The Archangel Mikhail.
.
Omnibus Edition Contains:
—Sword of the Gods
—No Place for Fallen Angels
—Forbidden Fruit
.
"This novel was a fantastic read. I loved the blending of hard-core sci-fi and fantasy genres. It is notoriously difficult to merge the two. The author does this seamlessly however. I also enjoyed the hidden history aspect. What if heaven, angels, & early human history faded to legend and then myth…" –Reader review
.
"Eric Van Daniken [Chariots of the Gods] meets Star Wars! … Action packed, romance, humor - it's a fun book to read. And hard to put down…" –Reader review
.
"It is rare in science fiction to find compelling love relationships like this. This book walks the line between science and fantasy, populated as it is with creatures of legend and powerful shamans. But everything is explained in an internally consistent, scientifically-plausible framework. The non-humans were extremely-well characterized, their gestures matching their physiology. I learned what it feels like to have wings. If you want to soar…" –Reader review
.
"This series connects mythic fantasy and futuristic sci-fi into a well written ride of your life…" –Reader review