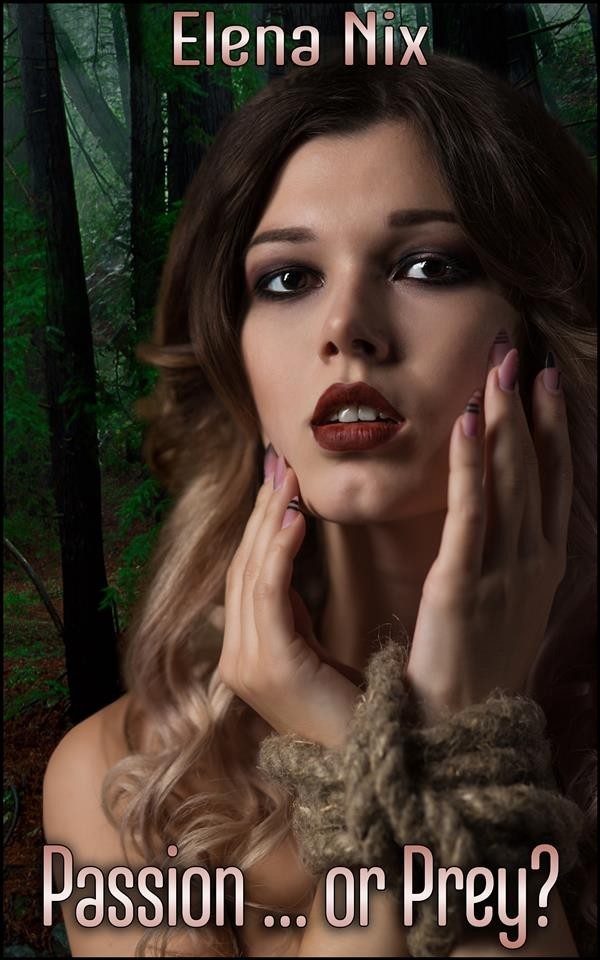 The dark thrill of hunting his wife down, overpowering her, and slaking his lust draws Felix into a chase through forest, fields, and derelict buildings as a storm rolls in. When he finds her, he'll have to subdue and restrain her before he can exorcise the demons that threaten their relationship. He loves Cara deeply, but can he rein himself in when he finally has her bound and helpless?

As soon as Cara's silhouette disappeared over the wooded crest of the hill, Felix's eyes flew to the countdown on his watch. 4:38... So much adrenaline was coursing through his veins that his hands were shaking. He paced. When he was sure that at least thirty seconds had passed, he checked his watch again. 4:27... He checked his backpack. Water, energy bars, a small first aid kit, a flashlight, his phone in a waterproof case, an emergency flare, lube, zip ties, and several skeins of rope. He patted the front pocket of his jeans. His pocketknife was clipped in its usual spot.

After a few more seconds spent resisting the urge to check the countdown, he gave in. 3:48...

He knew that Cara hadn't taken anything with her but a phone. It was probably fortunate for him that she never took a bag. He could imagine the sorts of things her bag might contain: pepper spray, those nasty little throwing stars she liked to practice with, and probably a taser if she could get her hands on one. As resourceful as she was, she probably could get her hands on as many as she wanted. He shook his head, banishing thoughts of bear traps, truncheons, and chains. She wouldn't resort to those. Would she?

His pent-up energy was starting to make him feel claustrophobic. He needed to move. He distracted himself with memories of the first time they'd done this...

Whatever sick twist drove Cara to take pleasure that way, she wasn't alone. After the first time, he got off on it as least as much as she did. He tried to rein himself in, but the thrill of chasing his wife down, overpowering her, and making her [redacted] was powerful and undeniable. It was a dark hunger that would have been disastrous if he didn't love her so much. He loved her more than anything, and he was about to hunt her down and have his way with her.

If he hadn't been so afraid of losing her forever, he would have denied his dark desires. They were dangerous, and he knew it. The thrill he got from it was not worth the danger she always placed herself in. But ever so often, their relationship took a sudden, bitter turn. There was never any obvious trigger. It was just a shockingly swift descent into caustic animosity. They could both see it happening, but neither of them was able to stop it. Relationship counseling didn't work, possibly because the problem didn't seem to be there most of the time. A series of counselors failed to find anything more than garden-variety relationship issues.

The second time they reached a crisis point, they were in a heated argument when she suddenly stopped, looked him in the eye, and asked him what he was going to do about it. Then she took off running. That time, she knew exactly what she was instigating. After that, when things got bad between them, they agreed to a chase. "A chase" is what Cara called it. He thought of it as a hunt.

The sooner he found her, the better. He wanted to bring her homeafter he made her pay for what she put him through.

He launched himself up the slope of the hill, then set off at an angle. Freed from the constraint of the countdown clock, his feet flew over the ground. He didn't slow down to avoid the tree branches that caught at him.