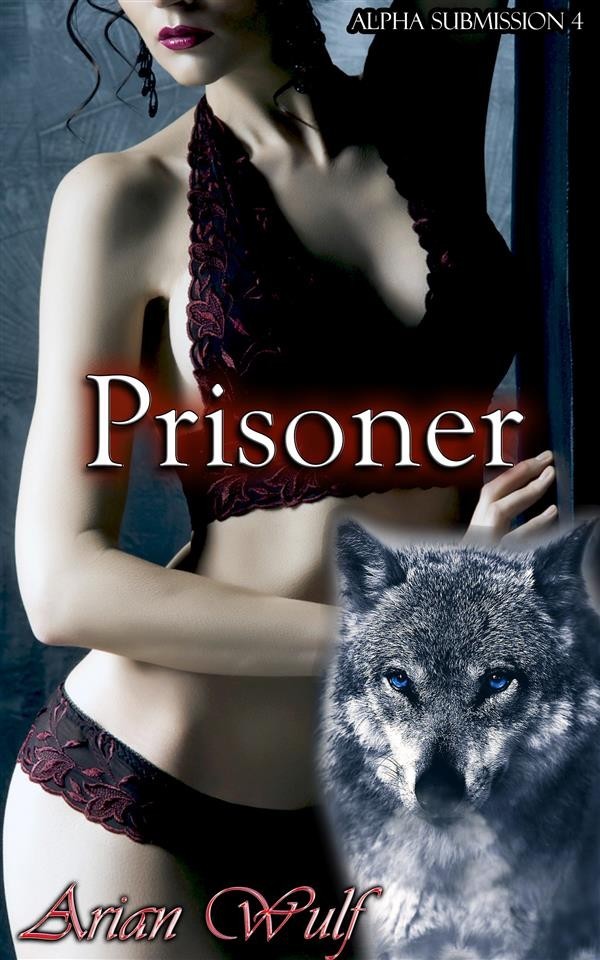 Two days after the Shifter Registration Act passes, Layla is captured by fanatics who believe that the secret to longevity is in her Shifter veins. As the days pass, she begins to find odd solace in her mundane routine with her captors. Everything changes when an Alpha werewolf is thrown into her prison cell. The semi-feral man trapped with her is powerful, and he is not happy.

It is easy to tackle her to the ground before she can lunge at him and turn her to her back. He takes hold of her chin and leans in to bite her jaw.

The sharp and sudden sting of nails and teeth jolts her into wakefulness and she breathes out a soft, "Oh," that is like music to his ears.

His touch, by now, is familiar and comfortable, and the pain helps pull her from the fragile part of her mind to something more solid. She's aware that he's saying something to her, even as he hurts her, the low vibration of his voice shuddering through her form through his teeth.

She presses into it, closing her eyes for just a moment as she thinks about letting go completely, just letting the animal take over because she's so tired of feeling anything. There seems to be only pain waiting for her in her wakefulness.

The rough, possessive kiss he delivers to her lip tells her that giving up is a horrible idea that he wouldn't appreciate, so she keeps her mouth shut.

She gasps at the brutal bite to her bottom lip and another tug on her hair, pulling her head all the way back until she is baring her neck at him. The collar is stark against her skin, stopping him from marking her the way a shifter would mark his mate. He growls softly the whole time, the animal in her recognizing that he is an Alpha and growing fearful enough to hide.

His hand rests on her hips, wrapping easily around the sides of her body, caging her to him as his thumbs stroke over the thin skin just about the waist of her jeans where her shirt has ridden up.

Her mouth is open, breathing in short little pants, chest straining on whimpers that won't escape. She clutches blindly at his forearms, shuddering at just how perfectly firm they feel beneath her fingertips.

He slides in closer, so his front is pressed to her chest, and he braces himself with one arm while he reaches for her with the other, laying his hand flat over her sternum before moving it down her cleavage to the soft dip where her stomach is slightly concave. He drags his hand downwards until he finds the curve of her hips.

She closes her eyes, letting him explore her body with his firm hand. She knows what he's trying to do. Pleasure such as this is not something that the animal in her understands. He wants her, all of her, to resurface instead of hiding beneath the veneer of her beast. It is an underhanded, but effective way. She doesn't even try to pretend that it's not working.

He takes her lips to his, biting down hard enough to hurt, the ache fading into a burn that leaves her whimpering when he stops.

Her breath stutters at the feel of his fingers on her inner thighs. There is a heat growing in her core, spreading outwards and warming parts of her skin that has not known warmth for weeks. The clothes are in their way, stopping him from touching her skin to skin, but it's enough to make her lose her mind entirely.