The Four Lives Of Steve Jobs 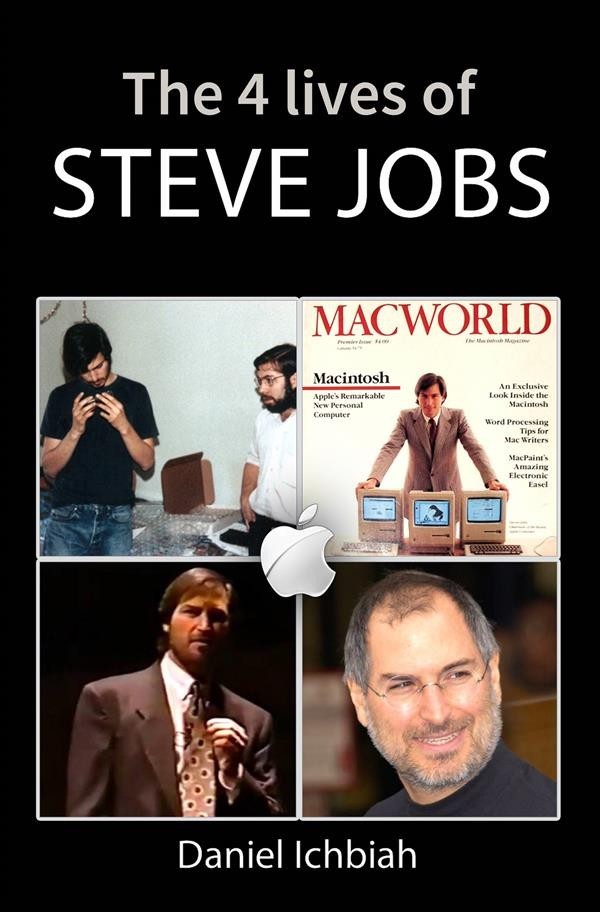 The Four Lives Of Steve Jobs

The Four Lives of Steve Jobs
Daniel Ichbiah No. 1 on the best-sellers list in August 2011 (French version).
New edition updated in 2016
"So at thirty I was out. And very publicly out. What had been the focus of my entire adult life was gone, and it was devastating…
…I didn't see it then, but it turned out that getting fired from Apple was the best thing that could have ever happened to me."
This was Steve Jobs' confession on that morning in June 2005 to students at Stanford University. It summed up the growth that was slowly taking place in him. Chased out of Apple like scum in 1985, Jobs had made a resounding comeback ten years later and gave us devices that left a mark on their time, such as the iPod, iPhone and iPad.
The world's most admired CEO, Steve Jobs mostly went against the tide, driven by a vision of genius and an extraordinary strength of conviction. However, he could also get it wrong: he was the one who nearly ruined Apple in 1984 after launching the Macintosh by insisting on poor technical choices!
The 4 lives of Steve Jobs depicts Jobs' troubled youth, his rise to glory following the founding of Apple, his disgrace and his vain attempt at revenge followed by a return to the top. It also reveals a thousand unexpected facets of the extraordinary artist who ran Apple.
* His quest for enlightenment in India
* His initial refusal to recogniae the paternity of his daughter Lisa
* His relationship with folk singer Joan Baez
* The search for his mother, who abandoned him at birth
* The attempt to treat his cancer with a vegetarian diet
In his own way, Steve Jobs never stopped wanting to change the world, to change life...
A best-seller
Published by Leduc Editions in April 2011, the French version of The Four Lives of Steve Jobs was a number one best-seller at the end of August, 2011.