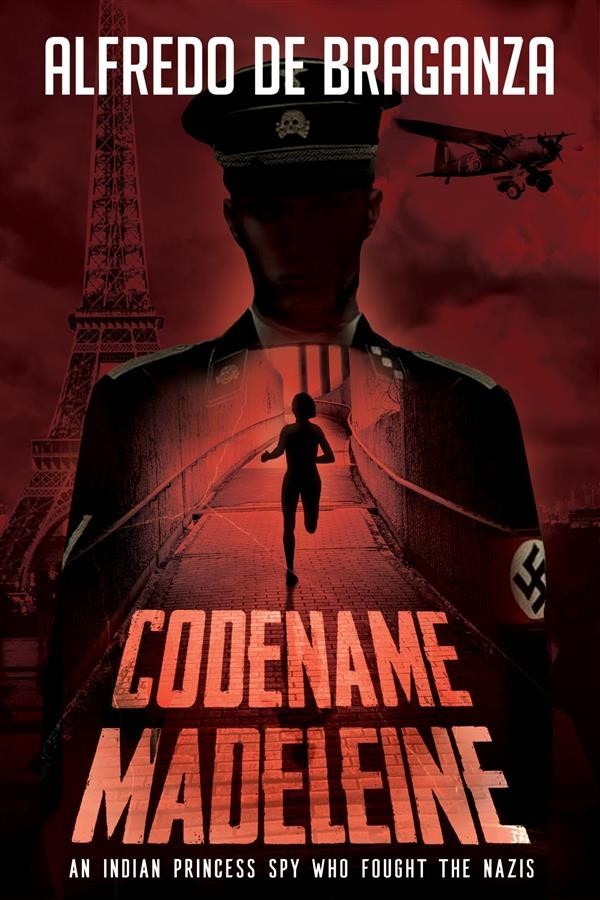 A gripping thriller about a courageous woman operating as an undercover agent during World War II.
Paris, 1943. Noor, an Indian princess turned Allied spy, enlists in the fight against the Nazis. While undercover, she is imprisoned and tortured in a building from which no one has ever emerged alive. In her possession is information that could destroy the reputation of the Vatican, and severely destabilise Hitler’s plans.
Will she be able to endure hell to accomplish her mission?
A historical thriller set during World War II, full of suspense and unexpected twists and turns, Codename: Madeleine traces the fascinating life of Noor Inayat Khan, the only woman to be posthumously awarded the highest civilian honours, the George Cross from the British government and the Croix de Guerre from the French, in recognition of her courageous fight for freedom.
Discover the story of one of the world’s most overlooked war heroines and explore a conflict marred by the Vatican’s permissive attitude to genocide in Yugoslavia at the hands of the Ustashe, the fascist movement that claimed the lives of hundreds of Serbs, Jews, gypsies and partisans.
‘Over the course of these pages you will suffer, you will be shocked by the horror and anguish; but you will also discover an ode to the struggle against tyranny, to faith in something that lasts beyond death, and to love.’
- César Vidal