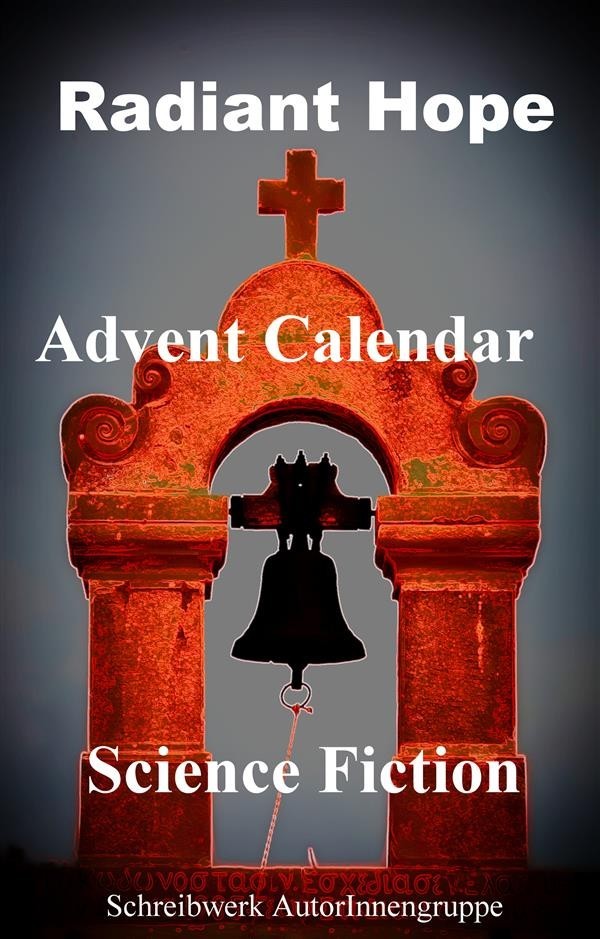 In a distant future, countless wars and an ecological apocalypse have devastated the earth. Erid, one of few survivors, has lived alone in a cave for three years. Then a strange light appears in the distance. That same day an injured she-wolf seeks his protection. Curiosity returns and he decides to venture out from the safety of his cave. Together with the wolf he seeks the source of the light. Strange things happen and again and again the wolf seems to be smarter than Erid. An old woman shares a part of their way and then he meets Miriam … The Science Fiction novella "Radiant Hope" is organized as an advent calendar with a picture at the start of each day's reading. You can buy it also in print. * English edition of "Leuchtende Hoffnung"* What others have said: "The story is about some distant future time, and yet it seems as if you were back in the Stone Age. The authors paint a hopeless scenario: Winter, cold and snow as far as the eye can see. Loneliness, lurking dangers in the form of sickness, hunger, death, and wolves ... Advent, the arrival: The classic theme of the protagonist journeying toward his destiny. Light, hope, and trust: Traditional Christmas images in an unusual Christmas story."