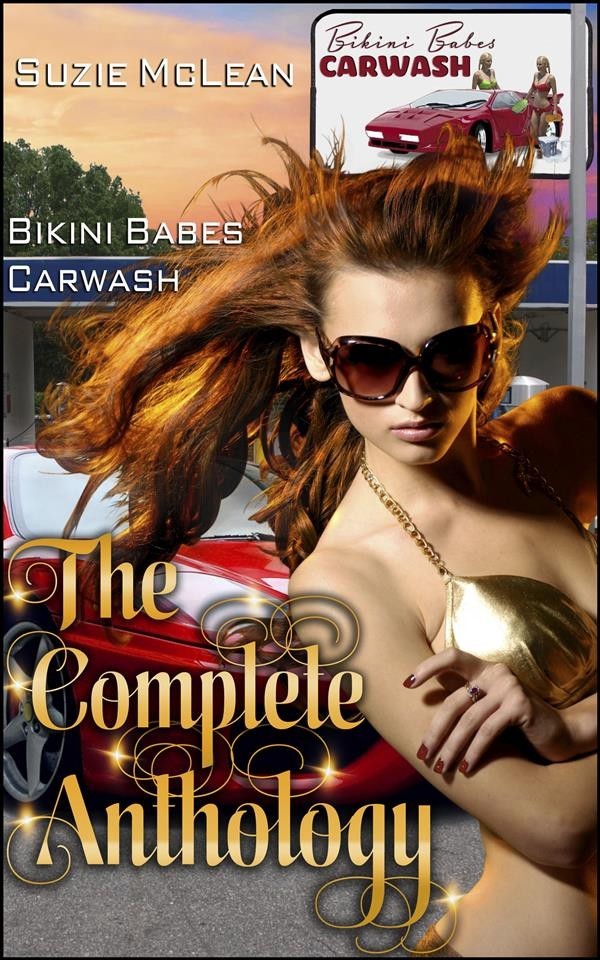 Phoebe thinks starting up a new hands-on carwash staffed entirely by her superbly stacked, gorgeous sorority sisters is a magnificent idea. Little does she know how that decision will change all their lives as, one after another, they meet and fall in love with the men of their wildest dreams...while trying to solve the mystery of a 20-year-old jewel heist!

Phoebe's Desire
Phoebe is confident that her new carwash will be a success. But Riley Thompson is a clever businessman, he lusts after pretty Phoebe, and longs to teach her that an experienced older man can be an even better lover than a lusty football jock!

Antonia's Arousal
Toni has more worries on her plate than she cares to count. Their battered old carwash is in even worse shape than they thought, and the county’s new building inspector has showed up unexpectedly, and brought trouble with him. If only he wasn’t so incredibly sexy, with a taste for homemade Italian cooking…and gorgeous Italian sorority girls!

Muriel's Passion
The rugged day laborer who’s joined their small crew seems disturbingly familiar. Even though Muriel aches to feel his clever hands gliding all over her body, something about him is making her keen senses hum with alarm. Who is he…and why is he lurking around their sorority house every night?

Andrea's Ecstasy
She’s adored Mac forever…but he barely even knows she’s alive. That’s what Andi thinks, anyway, until she’s nearly killed in a freak swimming accident. If she survives, will Mac be the one to teach her the glorious delights of making love?

Astra's Craving
Astra is working hard to remodel the damaged bay that will become their luxurious ‘massage parlor.’ She doesn’t need sexy Jared Montrose sniffing around, trying to cozy up to her sorority sisters! Or is a job the only thing he wants? Just how far can she trust him…with their new business, or her vulnerable heart?

Tamika's Reawakening
Seven years ago, Tamika’s life was shattered when Logan’s parents divorced, and his mother dragged him off to Europe against his will. Now he’s back—and even the thought of seeing him again reduces her to a mindless panic. She knows she has to tell him about the child she miscarried right after he left…but not yet. Not today!

Selena's Seduction
Selena has known Riley’s nephew, Brad, for years, but never thought of him as a possible lover. So why are her nerves suddenly humming with eager anticipation every time he touches her hand?

Elle's Yearning
Jory has been a thorn in Elle’s side ever since he arrived to spend the entire summer with Jared. He has no scruples about using his raw male beauty to charm…and exploit. If only her pulse didn’t race with breathless excitement every time he turns those gorgeous chocolate-brown eyes in her direction! But Jory is about to realize he’s just met his match in sweet, soft-spoken Elle Sutherland. Will the angry sparks flying between them bond them together, or drive them apart forever?

Nina's Lust
Nina and Muriel have been best friends for…well, forever! Why hasn’t she ever taken a serious look at Muriel’s older brother, Asher, and realized how incredibly sexy he is? And now that she has finally noticed…and can’t think about anything else…how can she manage to cross the slippery line between friend and lover without destroying the deep bond they’ve always shared?

Epilogue
Ben finally solves the mystery of the stolen money…and must learn to live with the tragic knowledge that one of his closest friends was not what he claimed to be!