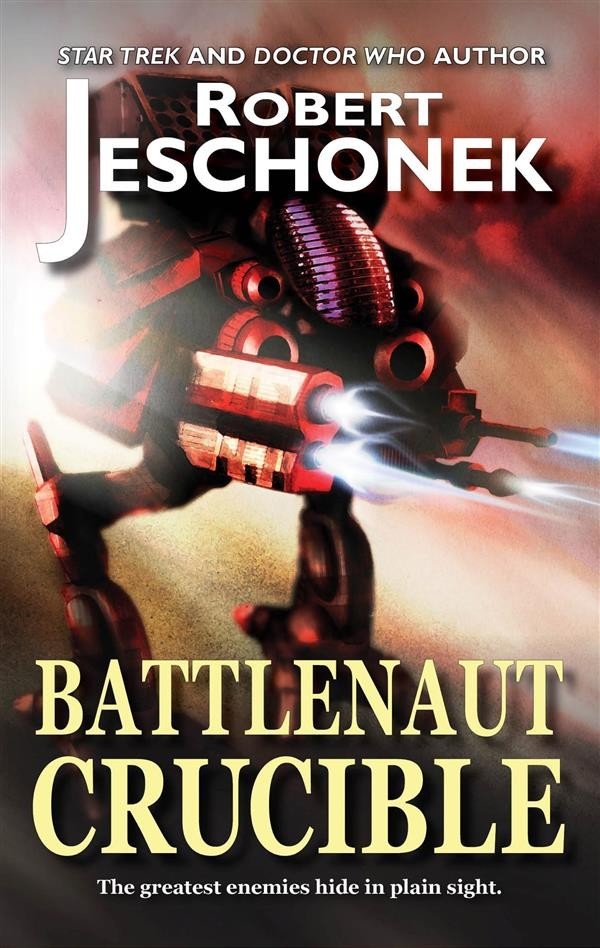 The Red Battlenauts show no mercy. Roaring out of the darkness of deep space, these ultra-high tech war machines pound the hell out of both sides in a bloody interstellar civil war. No one can even SEE the Reds--no one except Marine Corporal Solomon Scott. Recruited by the hardcore SEAL-like Diamondbacks, Scott becomes a secret weapon in the ultimate struggle for survival. In battle after battle on perilous alien worlds, Scott and the Diamondbacks fight back against the ruthless Reds, desperately holding the line in furious clashes of muscle and metal. But when a face from the past exposes the secrets behind the carnage, a quest for answers becomes a race against time. Because the masters of the Red Battlenauts have more on their minds than a thirst for conquest...and only Solomon Scott can hope to stand against them. In the galaxy's darkest hour, the highest stakes imaginable drive this hero in Battlenaut armor to seize his destiny. But can he overcome a soul-searing betrayal that strikes out of nowhere like the Reds themselves? Only by crushing the monsters of his own dark past can Scott vanquish the forces blasting humanity to the brink of annihilation. Don't miss this exciting sequel to BEWARE THE BLACK BATTLENAUT by award-winning storyteller Robert Jeschonek, a master of hard-hitting science fiction that really packs a punch. Strap yourself into the cockpit for OVER 100,000 WORDS OF BLISTERING ALL-NEW MILITARY SF ACTION!