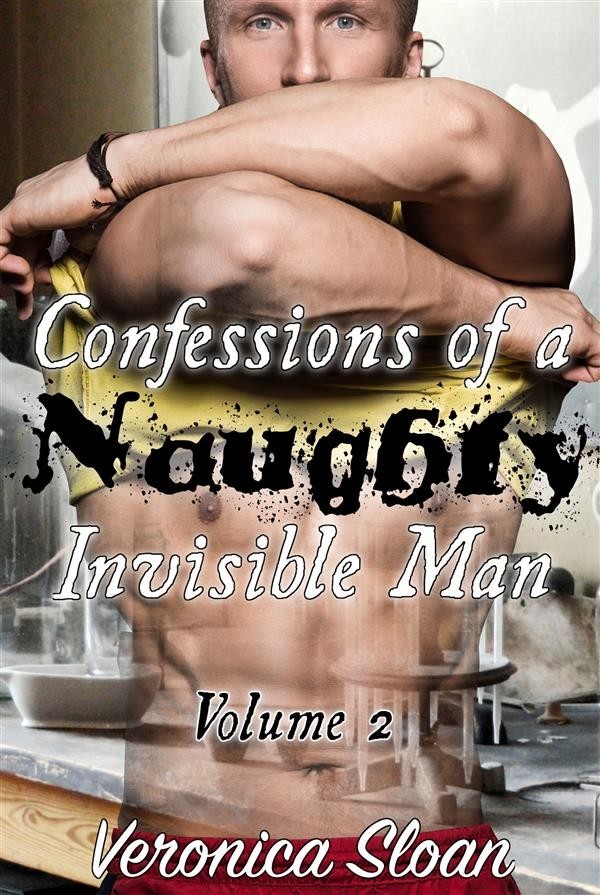 Having cracked the code to invisibility, Professor Abner Beal returns to the Institute to solicit the aid of one Priscilla Coker, M.D. Priscilla hates Abner, but when she learns that he's made a breakthrough, she's willing to do anything to join his team—even jumping his invisible bones! But that's not the only surprise waiting for Professor Beal. Upon returning to his house, Abner discovers that his wife has been having an affair of her own. What will this God-fearing woman think of an invisible man beating up her paramour? Why, that he's some kind of demon, of course! A demon that she must satisfy in every wicked way imaginable…

The security guard started moving towards her and she shrieked at him. "Get away from me!" The man spoke some stuttered words into his walkie and backed away terrified. Priscilla clomped about ten more steps before cracking one of her heels. She swore loudly and kicked the shoe off, then ripped the other one off with her hand and continued to march across campus back the way we'd come. I followed behind her.

"Are you there?" she snapped as we strode back into G. We were in the hallway again.

She clawed wildly at the air behind her, realized she looked insane, and let out another stream of enraged curses.

"Principles," came the floating voice over her shoulder.

She groaned and shook her platinum head. "You touched me…" she muttered. We were stomping back to her office.

"You're taking this rather well," I replied.

"Well you're obviously invisible." We banged back into her office and she whirled on the space behind her. "Where are you?"

She stepped backwards in her bare feet and sat on her desk. "Is this easier?"

She flipped up her skirt. "Is this easier?"

"Come here…" she said huskily and reached out for me. ”Are you naked?"

Before I knew what I'd done I was standing over her desk and she was reaching out to me. "Oh my God…" she whispered. Her manicured nails roved up my stomach and chest. "You're…you did it…" Her fingers continued across my shoulders. She kept pinching and poking, dragging her nails down my sides. All the while I noticed that she was spreading her legs over her perfect desk. "Do something to me," she whispered.

I reached out and swept my fingers through her blonde hair. I let the hair slip through my hand as I pulled it towards me. Priscilla watched wide-eyed as her hair floated before her eyes. She let out a low, earthy laugh. "Do something else," she whispered.

"Do what you did on stage."

"This?" I laid my hand over her left hand.

"No…" she said. Her legs opened wider on the desk.

"This?" I breathed softly into her ear.

She shivered. "No," she said. "But you don't have to stop doing that…" While I moved in closer her hands reached up to run down my chest and stomach again.

I pulled my hand away from hers and dragged my trembling fingers up her soft thighs. "This?" I breathed into her ear.

"Oh…" Her breath was coming so rapidly that it was catching in her throat. "Yes," she groaned.