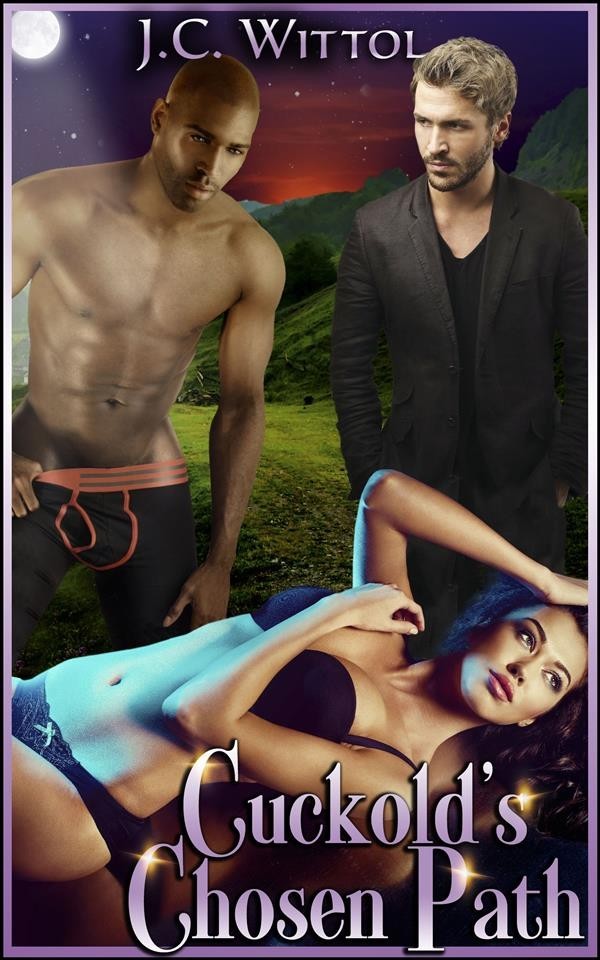 Nick and Nicole are the quintessential suburban couple: great jobs, two fantastic kids, and successful careers. Bored with their safe, predictable lives, they embark on a relationship with Collin, a wealthy, gorgeous executive.

As Collin assumes a dominant role, he starts making demands. First among them, is to remove her wedding rings. Nick objects, leaving Nicole in the middle, and the explosive argument that follows could endanger their budding relationship.

Cuckold’s Chosen Path is the continuing story of Nick and Nicole, and their choice to take the path less traveled.

My body sank onto the bed, as my mind tried to make sense of everything. I’d gone from sitting alone in the hotel lobby, tortured by my imagination, to listening to Collin calmly dissect the entire cuckold/hotwife relationship dynamic. Now I found myself alone again, dismissed by the horny couple, and once again being water-boarded by my vivid imagination.
To say we’d covered some serious ground tonight would a severe understatement, and I struggled to bring it all into focus. I could almost hear my heart beating, and adrenaline still coursed through my system. My hand absently wiped the sweat from my brow. A logical person by nature, I tried to collect my thoughts.

So much to this lifestyle appealed to me, so much that I enjoyed, but I still struggled with the loss of control. That was the problem. I’d lost the ability to control the outcome, and truthfully, I didn’t have much influence either. I’d even lost control over my own lust. I felt perpetually excited around them, and that, most of all, worried me.

Fear for my marriage.

Fear for my masculinity.

Fear of an unknown future.

I took a deep breath and held it. I wanted to hold Nicole, kiss her, and fall asleep with her in my arms. I also considered throwing her on the bed and having my way with her. She’d let me, I knew she would, and I could reclaim her as mine. Maybe I’d even insist this relationship stop, and we’d resume our normal suburban marriage.