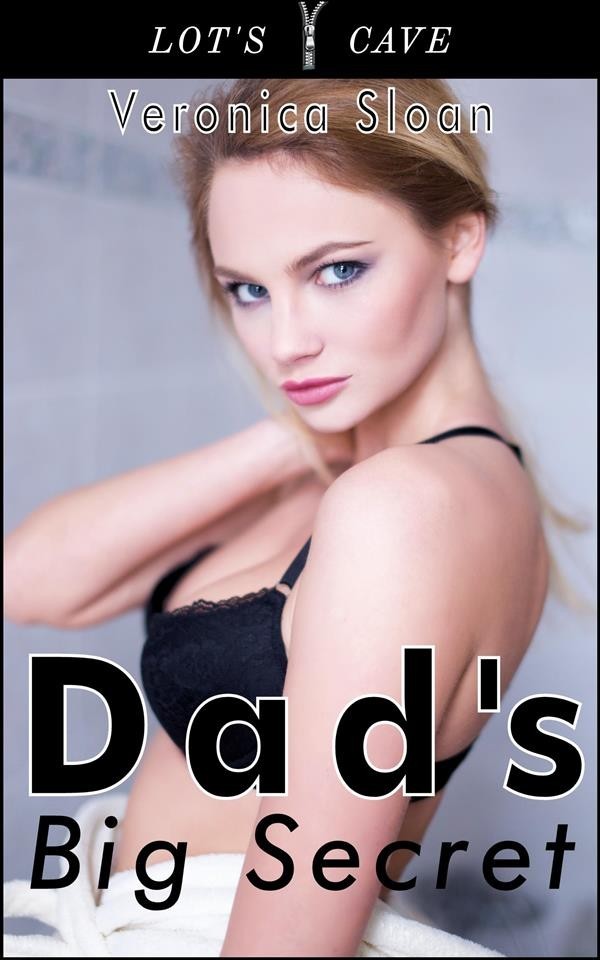 DESCRIPTION Brittany is a very good girl with one very dirty secret: She's always wanted a man with a few extra inches down below. It's too bad she keeps hooking up with guys who fall short of her expectations. But when she accidentally sees her father leaving the shower, she learns he has a secret all his own: He's got a huge package! Will Brittany commit the ultimate taboo just to satisfy her desire? EXCERPT "Daddy," I said softly. "Let me see it." He took a deep, deep breath. It was so quiet in the living room all of a sudden, as if someone had turned the volume way down on the sordid documentary that was our life. Gently, I placed my other hand on my father's thigh and gazed up at him. I bit my lip. "I won't tell anyone," I said. "It'll be just between us." I could see him formulating very paternal arguments in his head as to why he absolutely shouldn't, but those arguments seemed to fall under the weight of the unmistakable maleness that flared behind his eyes. Without a word, my father reached down and hooked his thumbs into the waistband of his shorts. Then he pulled them down. What was probably seconds felt like ages to me. Right until that thick, pink thing flipped up out of his boxers. I couldn't stop the sharp breath that opened my throat. He was already hard, and growing harder. I crept closer on the couch, my jaw open in astonishment. I was face to face with it and still couldn't believe it. It was longer than Anthony’s. Wider. The veins along its length were like undersea cables, the head like the rubbery helmet of an alien missile. It didn't seem real. I brought my fingers to my lips. ”How did mom ever fit that inside her?" I asked in a hushed voice. "She..." My other hand, which had been resting on his thigh, reached out. "Oh, Brittany, don't-" But his attempt to stop me was pathetically weak. My fingers grazed the soft skin of his penis and he let out a low groan. "Oh, daddy," I said. I reached down with my other hand and squeezed him between my palms, feeling it grow in my grip. "It really IS a monster. Does it hurt, when all that blood flows down from your brain?" "Uh, ooh, Brit. I, uh-" "Shh, don't try to think so hard. Tell me, how long has it been since you used this on some unsuspecting female?" "A..." he was breathing hard now, "a long time. But you shouldn't." "Of course not, daddy," I said. I bent down and cupped the head in my palms. With my father moaning for me not to, I gently puckered my lips against the spongey surface of its head. "Unh," he groaned. I rubbed the head against my lips, dabbing with my tongue at the clear cum that gathered at the tip. "Oh fuck..." My father swallowed. "No. Brit-" I sucked the head into my mouth like it was a plump strawberry fresh-picked from the field. I marveled at how warm and full of life it tasted (while above me my father squirmed with pleasure). I swirled my saliva around, tracing its edges with my tongue. Softly, I hummed down his shaft. “Ahhh.” Reflexively, my father arched his hips to fill my cheek. I opened my mouth and let the saliva drip over his balls. The pulse that traveled up his length was proof that he was getting what he liked. "Is that how mama used to do it?" I asked, dragging the head against my bottom lip and gazing into his eyes. I felt like a snake, charming my poor prey with nothing but my tongue and movement.