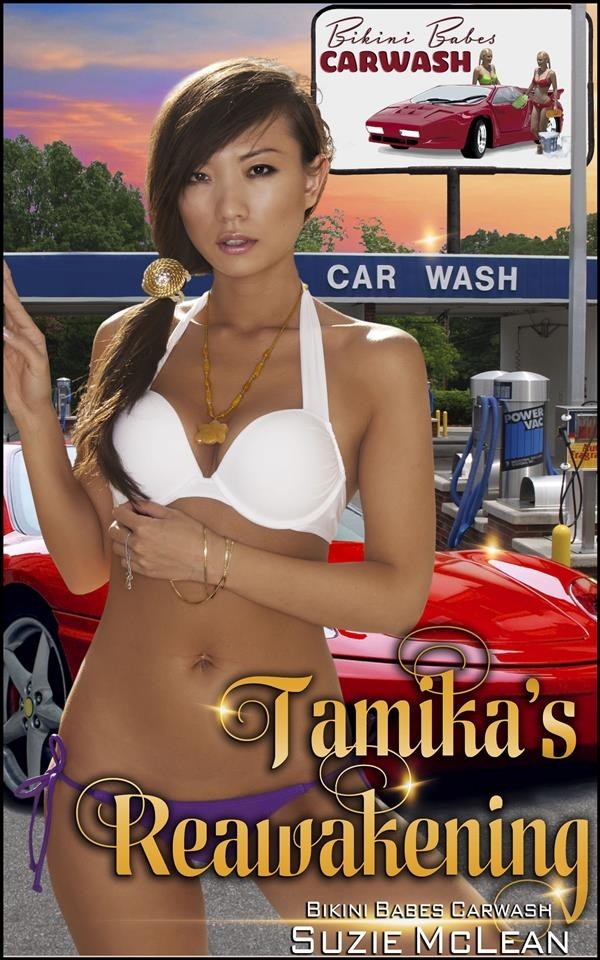 Seven years ago, Tamika’s life was shattered when Logan’s parents divorced, and his mother dragged him off to Europe against his will. Now he’s back—and even the thought of seeing him again can reduce her to a mindless panic.

She knows she has to face her fears, and tell him about the child she miscarried right after he left…but not yet. Not today! She just isn’t ready!

Then, without warning, he appears at the carwash…and everything blows up in her face!

“You won’t see Logan today.” Tami whispered the words aloud to give herself courage. “You won’t! He won’t be there…and even if he is, you’ll be far away.”

Nepal was looking pretty good, or the Siberian wastelands. The further away, the better!

Firmly she tried to turn her wayward thoughts away from the agonizing past, and toward their new business’s grand opening, which was only thirteen days away. Yes, it was safer to concentrate on that. In just thirteen short days, she and her sorority sisters would be opening the gates of their newly-remodeled carwash, and splashing each other with hoses and soapsuds while they pranced around in skintight bikinis, washing a long line of cars and vans.

She’d already planned what to wear that first day…a satiny snow-white G-string that would showcase her generous curves and dusky skin to perfection. Her long, shiny hair would be pulled back in a graduated series of ponytail loops. She’d be wearing gem-sparkled sandals that would catch the bright sunlight and throw out fiery prisms every time she moved her feet. She’d have lots of fun dancing and waving her ‘Grand Opening’ sign along with Phoebe and Selena…

What if Logan saw them, and stopped to have his car washed?

In an instant, all her hard-won serenity vanished, and she was back in a deep, bottomless pit of despair.

Enough! The past was gone! Over! Finished! And no matter how much she might wish to change things, there wasn’t a single thing she could do to alter the tragic events that had nearly destroyed her.

If Logan hadn’t even cared enough to write her from Europe, or call her when he’d come back, then she owed him nothing. And nothing was exactly what he’d get if their paths ever did happen to cross again. No happiness, no anger, no emotion of any kind. She’d be calm, cool, collected…and if her nerves quivered with desperate longing when she watched him walk away again, no one but she would ever know.

Yes, that was how she’d handle it. Like a confident, mature adult.