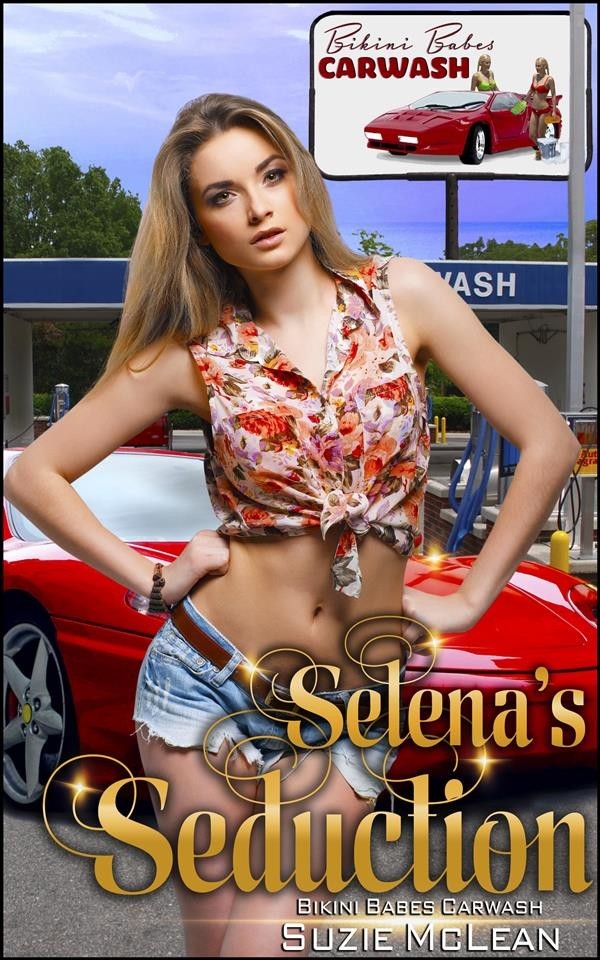 Jared’s twin brother, Jory, is tall, devastatingly handsome…and entirely too sure of himself. Everything about him strikes Selena the wrong way. The closer he tries to get, the more she wants to run away screaming in panic!

She’s known Riley’s nephew, Brad, for years, but never thought of him as a possible lover. So why are her nerves suddenly humming with eager anticipation every time he touches her hand?

And since she knows he feels it, too…why won’t he give into temptation, and make love to her?

Before she could take a single step, Brad slid his arms around her narrow waist, and tugged her back against his broad chest. “I won’t apologize for kissing you earlier tonight.” His low voice thrummed in her ear as his warm breath tickled her throat. “I’d wanted to do that for too long. And I want to do it again, right now. Will you let me?”

No one had ever actually asked her if they could kiss her, and Selena turned to stare at him in blank confusion. “Brad…”

He cut her off by gently gliding his mouth over hers in a seductive butterfly kiss.

“Come outside with me.” He whispered it as he curled his hands around her face, and lightly kissed her again. “You look so beautiful in the moonlight!”

Her legs were trembling so hard that she could barely even stand. But somehow she managed to move with him. The screen door softly flapped closed behind them as he led her over to a double-wide recliner, and eased her down onto the plush cushion.

“Not much moonlight tonight.” She murmured it in bemusement as she glanced up at the star-sparkled night sky. The waxing moon was barely more than a slender silver crescent hanging low in the west.

“You’re still beautiful.” The lounger creaked as he settled beside her. “Kiss me again, Selena.”

How could she refuse when the air was so soft and fragrant, and he was stirring up fierce needs that were clamoring for release? Moaning, she curled her arms around his strong neck, and met his open mouth with her own. Oh man, it hadn’t been a fluke—he really could kiss like a dream!

The padded cushion was soft beneath her back. Selena whimpered with anticipation when he eased her down, and stretched out beside her. She needed sex so badly, and she could feel his hunger like a living flame! Any moment now…

He kissed her again, and threaded his fingers through her satiny hair…but when she arched against him, blindly offering herself, he gently shook his head. “No, Sele. Not tonight.”

“What?” Breathlessly she stared at him in helpless confusion. “Why not? We can go somewhere else if you want…”

“No.” He silenced her with another heady kiss, then slowly shook his head again. “I want you more than you could possibly know—but we’ll do it right, or not at all.”