Frankenstein and the Critics 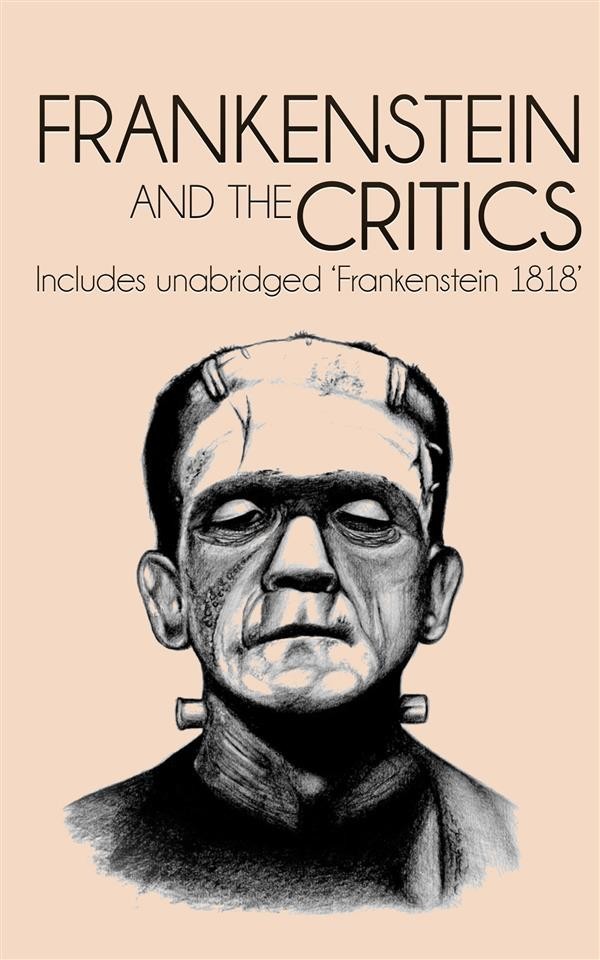 Frankenstein and the Critics

“It was on a dreary night of November that I beheld my man completed ..."

The summer of 1816 was by all accounts a cold and wet one. After the April 1815 eruption of Mount Tambora in Indonesia, global temperatures dropped and a rainy, monsoon-like drizzle settled in over Northern Europe. In a holiday villa on the shores of Lake Geneva, a young English poet and his lover, the guests of another poet, discouraged from outdoor pursuits, sat discussing the callousness of nature and speculating about the fashionable subject of "galvanism." Was it possible to reanimate a corpse?

The villa was Byron's. The other poet was Shelley. His fiancée, 19-year-old Mary Shelley (née Godwin), was in post-partum distress.   Byron, inspired by a book of supernatural tales, suggested that each member of the party should write a ghost story to pass the time.

Initially, Mary Shelley didn’t feel up to Byron's challenge. Then, she said, she had a dream about a scientist who "galvanizes" life from the bones he finds in charnel houses: "I saw – with shut eyes, but acute mental vision – I saw the pale student of unhallowed arts kneeling beside the thing he had put together. I saw the hideous phantasm of a man stretched out, and then, on the working of some powerful engine, show signs of life, and stir with an uneasy, half vital motion."

Young Mary took the prize, with her tale of eccentric scientist Victor Frankenstein, who creates a grotesque creature in an unorthodox scientific experiment. Frankenstein became a bestseller and a Gothic classic that still resonates with readers two centuries later.

But with like many great works of art, Frankenstein was initially misunderstood. The first reviews were decidedly mixed. An anonymous review in The Literary Panorama and National Register published June 1, 1818 dismissed Shelley’s work as ‘a feeble imitation of one that was very popular in its day.’ Other periodicals were kinder. Writing in Blackwood's Edinburgh Magazine on 20 March 1818, Walter Scott praised the unusual Gothic Romance as a “tale, though wild in incident, is written in plain and forcible English, without exhibiting that mixture of hyperbolical Germanisms with which tales of wonder are usually told.”

Frankenstein and the Critics presents a selection of the most prominent reviews from the time of Frankenstein’s publication. Also included is Mary Shelley’s uncensored 1818 text often labeled ‘Frankenstein 1818’ presented in its unabridged entirety. This is the original, 1818 text. In 1831, the more traditionally first "popular" edition in one volume appeared.This version of the story was heavily revised by Mary Shelley who was under pressure to make the story more conservative, and included a new, longer preface by her, presenting a somewhat embellished version of the genesis of the story. This edition tends to be the one most widely read now but many scholars prefer the 1818 text, arguing that it preserves the spirit of Shelley's original publication.