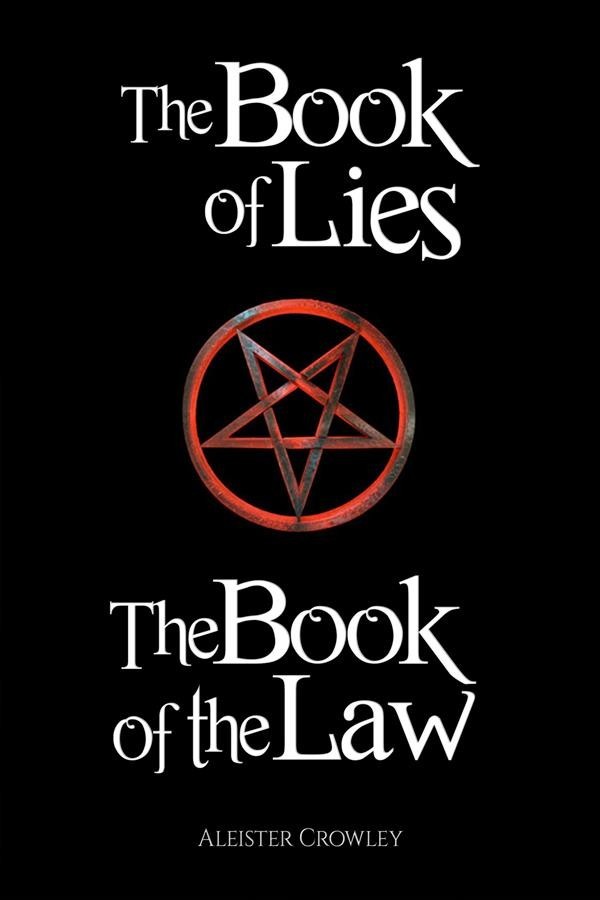 "Do what thou wilt shall be the whole of the Law. Love is the law, love under will."

Aleister Crowley’s black magic masterpiece The Book of the Law is the central sacred text of Thelema, written or ‘channeled’ by Crowley in 1904, who claimed it was dictated to him by a disembodied entity named ‘Aiwass’ while he spent the night in the King's Chamber of the Great Pyramid of Giza.

The Book of Lies consists of 93 chapters, each of which consists of one page of text. The chapters include a question mark, poems, rituals, instructions, and obscure allusions and cryptograms. The subject of each chapter is generally determined by its number and its corresponding Qabalistic meaning. This is the original 1912 public domain text without Aleister Crowley’s 1921 commentary and without any later additions by others.

As Crowley describes it: "This book deals with many matters on all planes of the very highest importance. It is an official publication for Babes of the Abyss, but is recommended even to beginners as highly suggestive."